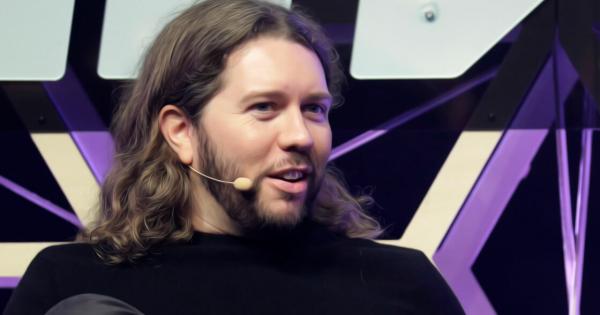 Uber co-founder, Garrett Camp, has announced that he is planning to introduce a new cryptocurrency called ECO into the global trading market later this year. ECO is being designed to serve as a digital currency that will be usable all across the world for daily transaction purposes.

This news comes straight after it was reported that Garrett had taken some time off from his work duties, and had gone on a trip to Africa to do some “soul-searching”. However, in the past few months, he has sketched out a blueprint for a new digital currency that will hopefully fix some of the issues that are being faced by established crypto players like Ethereum and Bitcoin.

The project is currently in its nascent stages and Camp is still looking to get more experts and blockchain researchers on board before his team continues to expand on the core programming code that will drive the envisioned platform.

When asked about why he wants to launch a new cryptocurrency instead of supporting a pre-existing venture, he said:

“The more research I did, the more I was not really wanting to buy a large amount of any one of them. I realized it might be better to release a new project from a different philosophical standpoint with cooperation from a lot of universities, scientists, and research institutes—like the Internet”

An initial whitepaper that has been released for public viewing outlines some of the core functional aspects of ECO and how it will solve a few of the existing problems within the crypto domain.

Some of the main issues which ECO tackles head-on include:

In addition to the aforementioned points, ECO also aims to be energy efficient by eliminating the use of miners from within the ecosystem.

What’s planned for the future?

In the coming months, Garrett plans to work with some of the top universities and blockchain research institutes across the globe, so as to govern and operate the early nodes and assess their viability. Additionally, in terms of an incentive structure, the platform will use a model that will reward participants each time an Eco node confirms a block of financial transactions.

While Eco may be presenting us with a concept that is worthy of further exploration, it is not something the world hasn’t seen before. Since the inception of the blockchain back in 2009, there have been many developers who have used Bitcoins core framework and have devised their own blockchains — albeit with small changes catering to a certain audience.

If all goes as planned, Eco should have a fully operational test net going by early 2019. However, interested users can still sign up on the company’s website so as to reserve a preferred username as well as receive some free tokens.