The EOS Project Sends 200,000 ETH to Bitfinex for Liquidation 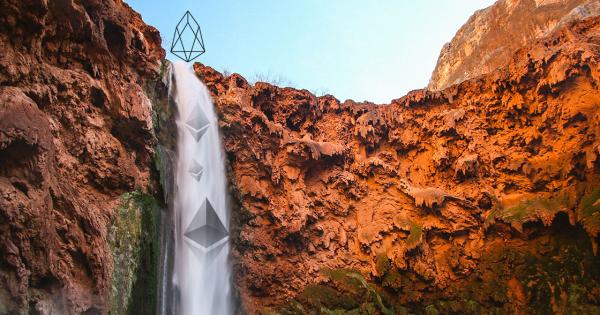 Photo by Tegan Mierle on Unsplash

EOS recently completed a record-breaking $4 billion ICO. Now, it has been discovered on the Ethereum blockchain that the EOS project sent 200,000 ETH to Bitfinex for liquidation. The massive selloff is preceding the June 2nd launch of the EOS network.

Trustnodes tracked the transactions that EOS made to Bitfinex through the Ethereum blockchain. The EOS team sold off millions of dollars of ETH over the past thirty days, flooding Bitfinex, in what some believe to be a move to lower the price of ETH.

EOS has publicly declared that their direct competition is Ethereum and that they have the technology to displace the blockchain giant.

On the 28th of May, the price of Ethereum plummeted on Bitfinex.

The usual trading volume of ETH on the exchange is around 20,000 an hour, however, on that Monday morning, the trading volume was upwards of 180,000 ETH in just one hour on the one exchange, with other exchanges, such as GDAX, still experiencing normal trading volumes.

The price of ETH dropped to around $515 (trading at less than $500 on Bitfinex) – around a 9% drop in less than 24 hours. The rumors were that EOS was behind the move and thanks to Ethereum’s public blockchain, it has been confirmed that they were in fact behind the sale.

It remains to be seen who will become the go-to platform for distributed smart contract-based applications.

On paper, it seems that EOS project may be able to disrupt the Ethereum network as it will be able to handle more transactions per second. However, the Ethereum network has a strong first-mover advantage and Vitalik Buterin was quoted as saying that second-layer solutions such as sharding and plasma will allow the network to eventually process 1 million transactions per second.

All Love is Not Lost

Although the two decentralized application platforms appear to be at war, all love is not lost between the two teams.

In May of 2018, Vitalik Buterin, the founder of Ethereum, offered advice to Daniel Larimer, one of the developers and founders of EOS.

Block.one is launching the EOS network on June 2nd.