So-called “Eth-killers”, Layer-1 blockchains competing with Ethereum, are supposed to be much faster and much cheaper. While this is true for fees, are Eth-killers really as fast as they claim to be? 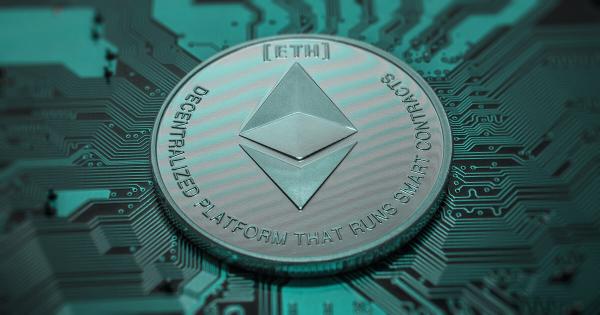 For a few years, Ethereum reigned alone as the only realistic smart contract blockchain on the planet. Those using the blockchain or developing applications for it, had little choice but to accept the technical properties and characteristics of the Ethereum system. But at least Ethereum was a technical leap forward from Bitcoin, and considerably faster, even though it was, and still is, a magnitude more complex.

Performance is seldom enough, and the more users and applications came to Ethereum, the more it became evident that the throughput of the blockchain wasn’t going to be nearly as sufficient as it takes to power millions of applications and users.

This is, of course, the main driving force behind all the so-called Eth-killers – competing layer-1 blockchains that focus on better performance, in terms of price and throughput, than can be found on Ethereum layer-1. The emphasis on layer-1 is important because the response from the Ethereum ecosystem is to develop layer-2 blockchains that vastly improves on the performance side of the user experience.

In this article, we analyze five Eth-killers – Avalanche, Binance Smart Chain BSC, Fantom, Polygon and Solana – and calculate the average transactions per second tps metric over a 30-day period, and compare the results with the TPS of Ethereum.

Avalanche, whose technology is built on the Ethereum Virtual Machine EVM, produced the first block on the 24th of September 2020. The system’s popularity really took off in mid August almost a year later. According to the Avalanche project’s official website, the network can push more than 4500 transactions per second. Our calculations, however, show that the average number of transactions per second, over the past 30 days, is 8.21 tps.

BSC almost delivers what is promises

The second Eth-killer in our analysis is Binance Smart Chain, BSC, which also builds on the Ethereum EVM. According to Binance the blocktime of BSC is around three seconds, which means the blockchain should be able to handle about 160 tps. The actual average throughput over the past 30 days come pretty close to the official figure, as we calculated the average to be 70 tps.

Fantom is a “fast, high-throughput open-source smart contract platform for digital assets and dApps,” according to the project’s website. The blockchain is said to be capable of 4000 tps, but our analysis shows that Fantom delivered on average 13 transactions per second over the past 30 days.

The fourth “Eth-killer” in our analysis and comparison is Polygon, which is a so-called side chain to Ethereum. It would be a bit exaggerated to call Polygon an Eth-killer as the project is closely associated with Ethereum. Polygon’s technology builds on the Ethereum EVM, and in parallel to the Polygon side chain, Polygon is also developing and acquiring Ethereum layer-2 blockchains.

No 30-day data from Solana

Solana is perhaps the most killing of all Eth-killers; the network has become exceptionally popular among NFT collectors. The Solana blockchains boast a throughput as high as 50,000 tps. In the case of Solana we have not been able to download data for a 30 day period. The different Solana block explorers show live transaction statistics, accumulated transactions and current throughput. These statistics show that the Solana system processes around 1500 to 2500 tps, which is good but nowhere near 50,000 tps.

It may be argued that the “Eth-killers”, except perhaps Solana, are not working at their respective maximum capacity. But that can hardly be the case with Avalanche and BSC – these are increasingly popular ecosystems with many applications and a lot of users.

Throughput not the same as good user experience

It should also be pointed out that transaction throughput is not the same as fast finality – the latter, time to finality or TTF, being much more important to the user experience. As an example, though Avalanche processed on average 8.21 transactions per second, and Ethereum processed 14, TTF on Avalanche is less than a second, and beyond 20 seconds on Ethereum.

Are “Eth-killers” faster than Ethereum? Yes, especially when it comes to user experience, not to mention network fees, however perhaps we should stop staring at promised performance figures and start looking at real performance and user experience.