JPMorgan says investors fleeing to gold after Bitcoin dipped to near $30,000 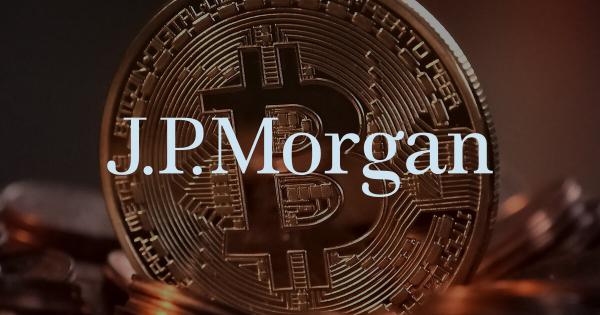 Institutional investors are turning away from Bitcoin amid the latest massive sell-off on the crypto market—and allocating their capital back in gold, according to a note written by research analysts at American investment bank JPMorgan Chase.

“The Bitcoin flow picture continues to deteriorate and is pointing to continued retrenchment by institutional investors. Over the past month, Bitcoin futures markets experienced their steepest and more sustained liquidation since the Bitcoin ascent started last October,” analysts at the bank said.

A shift towards gold

Per Business Insider’s report published today, JPMorgan’s research note pointed out that there was a shift in institutional investors’ crypto strategies over the past few months. During the course of Q1 2021, flows of institutional funds into Bitcoin have been gradually slowing down and ultimately turned negative in early April.

It is not entirely clear why this happened, the researchers noted. One of the possibilities is that Bitcoin’s extreme volatility—that was especially evident over the past few days—combined with fears of inflation have made the crypto a less attractive proposition in comparison to gold.

“Or they perhaps view the current Bitcoin price as too high relative to gold and thus do the opposite of what they did in the previous two quarters, i.e. they sell Bitcoin and buy gold,” the researchers said.

Too early to panic

At the same time, Bitcoin’s momentum is still positive in the long term, they noted, as it’s still too early to say that BTC is oversold.

“It is perhaps too early to characterize Bitcoin as oversold,” said the note, adding, “What is striking is that the recent outflows from Bitcoin funds have been accompanied by inflows into gold ETFs in a reversal of the last quarter of 2020 and the beginning of this year.”

As CryptoSlate reported, Bitcoin and most other cryptocurrencies plunged by roughly 40-50% today amid a massive sell-off. This led to nearly $9 billion lost in liquidated trading positions across the board.