IOTA releases a “burner wallet” while its price hits 2017 levels

The IOTA Foundation is launching a new web wallet for users to manage low amounts of funds without compromising their data. 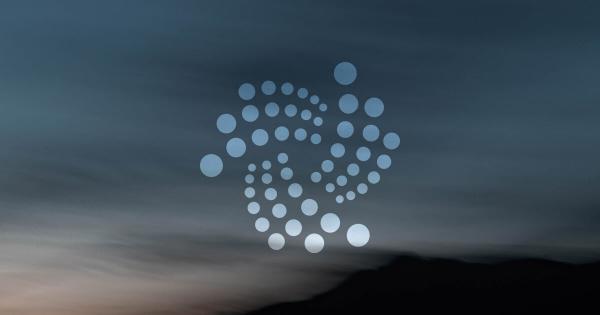 The IOTA Foundation is launching a new web wallet for users to manage low amounts of funds without compromising their data. Although the Foundation continues to work on the development of IOTA and different tools to push its adoption, this cryptocurrency recently reached price levels not seen since 2017.

In a recent blog post, the IOTA Foundation revealed that the team behind Trinity, IOTA’s official wallet, developed a new wallet that is designed to be used as a “burner.” Dubbed Spark, it provides users the ability to handle small amounts of funds for a short period before all data and transaction history is erased.

“Spark is a low-security, temporary web wallet, or “burner wallet”… The idea is that you use the wallet for small amounts of funds for a short period of time, and then you “burn” it, wiping the seed and transaction history.”

Spark leverages the IOTA JavaScript account module to provide one-time use addresses and ensure that funds do not arrive on a spent address. The purpose behind it is to give privacy to its users as transaction history can be deleted in seconds. Grāvis explains that users can easily create payment requests, send and receive tokens, and then burn the wallet.

The new web wallet is part of an experimental framework that the Foundation has been working on. The announcement reads:

“IOTA Labs is a new project within the IOTA Foundation to funnel our experimentation into something tangible. Whenever we create an experimental app, we will release it under IOTA Labs. Spark is the first app to be released under IOTA Labs and has served as a testing ground for some new ideas and tools.”

Despite the IOTA Foundation’s efforts to increase the adoption rate of its technology, IOTA entered a downward trend that has seen its price depreciate significantly.

Based on its 1-week chart, it seems like the bearish momentum will prolong since the TD sequential indicator is currently on a red seven candlestick. This technical index estimates another two bearish weeks before presenting a buy signal in the form of a red nine candlestick.

Along the same lines, the moving average convergence divergence (MACD) turned bearish the week of Nov. 18, estimating lower lows. This technical indicator follows the path of a trend and calculates its momentum. As the 12-day EMA crossed below the 26-day EMA, the odds for a further downward push increased.

Conversely, if IOTA can break out of the bearish trend and move in an upward direction, the next levels of resistance it would have to test sit at $0.20 and $0.28.

Throughout the year, the Foundation made significant strides to increase the utility of its native token.

In April, Jaguar Land Rover announced that it was testing a “smart wallet” using IOTA. The idea behind it was to enable vehicle owners to get rewards for sharing driving data and use the tokens to pay for tolls, parking, and charging for electric cars. Additionally, an IOTA developer was able to implement the token as a payment system across all gaming platforms last month. These include iOS, Android, Windows, WebAbb, Xbox, and Playstation 4.

The efforts have not been significant enough to draw investors into buying IOTA. This cryptocurrency currently has a year-to-date (YTD) return of -34 percent, and it seems like it could soon try to hit lower lows.

The IOTA Foundation recently presented a research paper with a novel algorithm for improving the network’s ability to combat spam attacks and congestion.