Bitcoin is now firmly caught within a consolidation phase, with the cryptocurrency hovering around the support it established at $9,600 in the time following its recent capitulatory drop from $10,200. 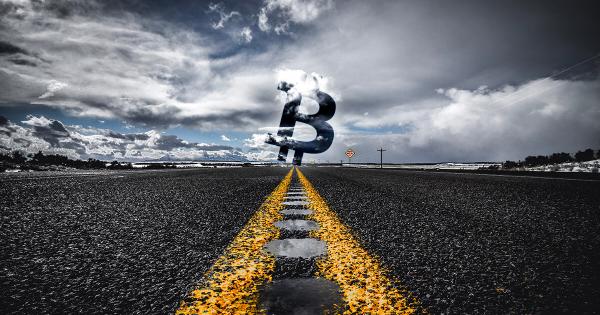 Bitcoin is now firmly caught within a consolidation phase, with the cryptocurrency hovering around the support it established at $9,600 in the time following its recent capitulatory drop from $10,200.

It now appears that bulls and bears are at an impasse, with the cryptocurrency’s ongoing bout of sideways trading coming as the crypto finds itself caught between two critical levels.

A resolution to this sideways trading is likely imminent, however, as one prominent analyst is noting that the crypto is on the cusp of making a massive movement.

Bitcoin’s stability may be short-lived: expect a massive movement

At the time of writing, Bitcoin is trading down just under two percent at its current price of $9,630, which marks only a slight decline from daily highs of just over $9,700.

In the time following the massive drop seen this past Wednesday, the benchmark cryptocurrency has struggled to recapture its previous position within the five-figure price region, and it now appears that the resistance between $9,700 and $10,000 is quite strong.

The recent downtrend has also led Bitcoin to find itself caught within a descending channel, with a lower and upper boundary at $9,350 and $9,800 respectively.

Josh Rager, a prominent cryptocurrency analyst and trader, shared his thoughts on this channel in a recent tweet, noting that these two levels should be closely watched in the near-term.

Which of these levels is broken first could offer investors significant insight into which sort of mid-term trend that cryptocurrency will find itself caught within.

Another near-term factor that should be considered is the fact that Bitcoin is currently caught within a triangle formation that is close to resolving.

Satoshi Flipper – another well-respected crypto analyst – spoke about this triangle in a recent tweet, telling his followers that he anticipates a “strong move” in the near-term.

“This triangle (4 hr) is close to resolving. Expecting a strong move.”

The ultimate resolution of this triangle could be the sole factor that determines which of the aforementioned range boundaries are broken through first, which could set the tone for which direction BTC will trend throughout the coming months.