Ethereum has seen some incredibly strong price action throughout the past 24-hours, which has allowed it to erase a good bulk of its recent losses. 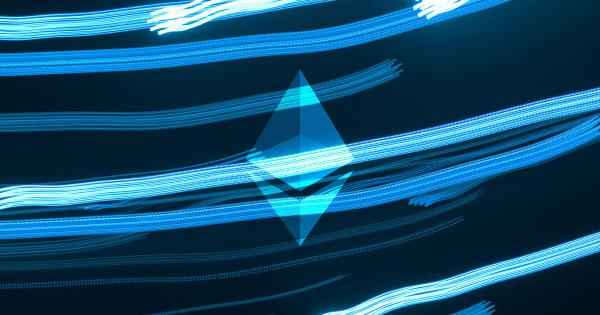 Ethereum has seen some incredibly strong price action throughout the past 24-hours, which has allowed it to erase a good bulk of its recent losses.

This upswing has led the second-largest cryptocurrency from lows of $320 to highs of $380. Its momentum stalled once it hit these highs, and its price has been consolidating ever since.

It is important to note that this latest ETH price movement has renewed investors’ hope in the possibility of a continuation of the recent multi-month DeFi bull market.

This rally has allowed the assets residing within this sector to post parabolic gains, with many going from zero to having hundred-million-dollar market caps in a matter of mere weeks.

The recent ETH decline, however, struck a lethal blow to many of these tokens, causing even the most popular assets within the sector to see notable losses.

That being said, one analyst is now noting that he believes the rest of September will be an overwhelmingly positive month for the DeFi sector.

For this to be the case, Ethereum must show continued signs of strength.

Ethereum rallies back towards $400 as bulls try to take control

At the time of writing, Ethereum is trading up roughly 5% at its current price of $370. This is around the price at which it has been trading throughout the past few hours.

Earlier today, bulls were able to push it as high as $380, but the movement to this region was short-lived and followed by a slight rejection.

Because ETH is now ranging between $360 and $380, which of these levels is broken first should provide significant insight into its near-term trend.

DeFi tokens may have room to rally despite recent weakness

The DeFi sector has been hit hard by Ethereum’s recent decline from highs of $490 to lows of $320.

According to CryptoSlate’s proprietary data, although the sector has climbed by 8.9% today, it is still down over 16% over the past seven days.

Currently, the top-performing coins within the sector also happen to be some of the largest, with Aave (LEND) climbing by 24 percent while Yearn.Finance (YFI) has surged by 29 percent.

One respected fund manager who goes by the pseudonym SpartanBlack explained that he believes September is going to be a great month for DeFi tokens.

“I hope you bought the dip. September’s going to be one helluva month. We got Sushiswap vs Uniswap, Swerve vs Curve. LEND also getting listed on FTX.”

Both Ethereum and Bitcoin must remain strong in the days and weeks ahead for these smaller tokens to maintain their momentum.