The Ethereum-based protocol for programmable liquidity will provide even better pirce execution for on-chain traders. 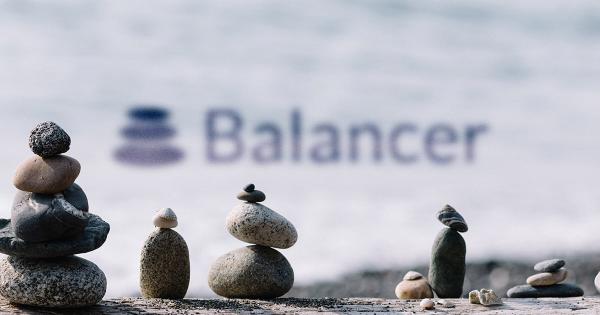 Balancer Labs have just announced the release of Balancer V2 an exciting upgrade to their Balancer V1 product, as per a release shared with CryptoSlate.

The protocol’s V2 seeks to address the challenges of flexibility, feasibility, and liquidity inside the world of decentralized financial markets, using a ‘Protocol Vault’ for all Balancer pool assets and a permissionless, customizable automated market maker (AMM) logic.

Balancer V2 has been a year in the works and comes with a greatly enhanced and usable interface for trading and liquidity provisions.

And while the front end may appear to be exactly the same as V1, however under the hood, there is a world of difference: The backend transactions are executed in a much more energy efficient manner.

Becoming a ‘baller’ on Balancer

With three pools available, users can be awarded a fixed amount of BAL each week. This process is self-governed by Ballers, the protocol’s most active members. Anyone can apply to become a Baller.

Balancer Finance is an automated portfolio manager and trading platform based on the blockchain which allows users to collect fees directly from traders who are responsible for optimizing their portfolios, removing the need to pay custodial fees to portfolio managers, effectively turning AMM on its face.

AMM is an automated market maker (AMM) protocol that uses self-learning algorithms to calculate mathematical formulas in the pricing of assets.

The protocol is still accessible through a variety of interfaces including 1inch, Matcha for V2 & Zerion, Zapper, PieDAO, and v2 partnerships have already been formed with some leading projects include Gnosis, Ocean Protocol, and PowerPool to name but a few.

According to Balancer, “The main architectural change between Balancer V1 and Balancer V2 is the transition to a single vault that holds and manages all the assets added by all Balancer pools.”  Because pools are contracts that sit outside of the vault, they can implement any arbitrary, customized AMM logic.

High fees are a huge concern for new traders on Ethereum DEXs. But a new solution looks to change that.