Binance's CZ lashes out at Reuters reporter, Japan looking to amend KYC rules and much more in this edition of CryptoSlate Wrapped Daily. 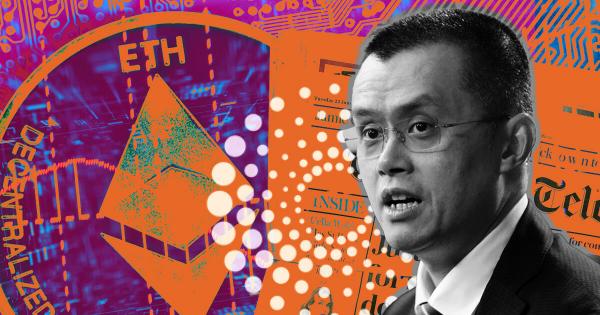 The biggest news in the cryptoverse for Oct. 18 includes Japan looking to amend KYC rules for crypto, Binance CEO Changpeng Zhao’s post about the company’s recent dealings with a Reuters reporter and Texas’ probe into FTX US and Sam Bankman-Fried for allegedly offering unregistered securities.

The Japanese government said it has passed six foreign exchange laws that will see crypto exchanges comply to combat money laundering in the region.

Once the laws are enforced, crypto exchanges will be required to subject their customers to strict KYC processes to confirm their identities.

In the last 30 days, Quant Network’s QNT token has surfaced as an outlier in a bear market after its value surged by over 100% to trade above $216.

The growing interest in the network is closely linked to the launch of its tokenization mechanism “Tokenise”, which allows users to create interoperable QRC20 and non-fungible tokens.

Popular American rapper Kanye West has cut ties with JP Morgan after the bank asked him to withdraw his assets worth $140 million. In response to the unfair treatment, the rapper wore a Satoshi Nakamoto hat to show his support for the bitcoin revolution.

People keep asking why isn’t the cryptocurrency space doing a better job at marketing, the answer is that every bank in America does a pretty good job of doing it for us pic.twitter.com/OANsCCDPMw

A Reuter reporter had reached out to Binance with questions aimed at revealing details about CZ’s children.

The Binance founder who seeks to protect his children’s identity has declined to respond to such inquiries and labeled it as “unprincipled and intolerable.”

A miner in the BSV blockchain has been accused of allegedly producing empty blocks and launching a coordinated distributed denial-of-service (DDoS) attack on the network.

The Bitcoin Association has moved to pursue legal actions against the miner and have their block rewards frozen.

Texas State Securities Board (TSSB) has launched an investigation against FTX.US and Sam Bankman-Fried for allegedly offering unregistered securities.

ASIC said that Holon’s application was vague as it failed to capture the risk profile of its target market. As a result, Holon was ordered to cease offering its crypto funds for the next 21 days, while it reviews the submission it made.

According to Japan’s Police Agency, the North Korean Lazarus Group has been identified as the perpetrator of several cyber-attacks launched against Japanese crypto exchanges.

One month after the much anticipated Ethereum merge, on-chain data reveals that the network is performing efficiently.

Further insights from ETH 2.0 total value staked metrics confirmed that more conviction is growing among ETH holders. As of press time, the total amount of ETH staked has surged to an all-time high of 14 million.

The regulators said 3AC failed to register with relevant U.S. agencies and allegedly misled investors by inflating its balance sheet.