The US exchange is one of the first crypto businesses to be offered to the public in the country. But plans are getting pushed back. 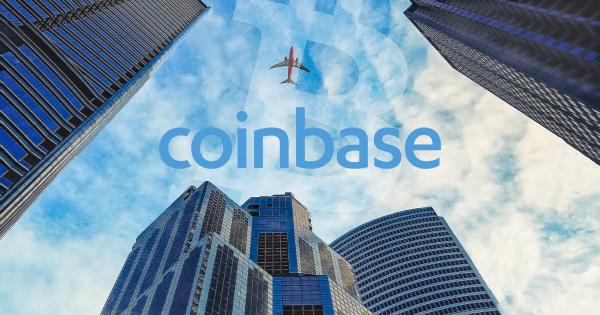 The exchange is valued north of $68 billion as per some analysts, with some crypto proponents even believing its true valuation to be over $100 billion. It is considered by some as one of the most reputed players in the crypto space given its regulatory status and reach in the country.

As per the filing last month, Coinbase said its stock traded in the private market traded at an average price of $343 in the first quarter of 2021 through March 15. It’s a near tenfold increase since the third quarter of last year, however: Coinbase said that in the period ended September 30, its stock traded at an average of $28 per share at a valuation of $5.3 billion.

It’s not a tame valuation either. Coinbase trades over 53 times its revenue in 2020. ICE, on the other hand, trades at a 10.67 price-to-sales ratio.

The jump is in line with the rise of Bitcoin and other cryptocurrencies in the past few months. Data from markets tool Coingecko shows the entire crypto market was valued under $600 million in the middle of last year but has reached a valuation of over $1.8 trillion at the time of this writing. Bitcoin dominates the market with a valuation of over $1.1 trillion only.

How did it get here?

Coinbase was founded in 2012 by Brian Amstrong and is one of the earliest crypto businesses. It raised millions of dollars in the years after from established venture funds like Andreessen Horowitz, Tiger Global, and Y Combinator.

It first floated plans of an IPO in early-2020 and announced its direct listing earlier this year. The latter is when shares of the company are directly offered to the public via a traditional exchange, unlike the traditional IPO route where new shares are created, underwritten, and sold to the public.

Meanwhile, the listing would be a historic one given the regulatory landscape and public acceptance of cryptocurrencies. And for some, it’s an indirect approval of the many cryptocurrencies traded on Coinbase’s platform. Here’s that list.