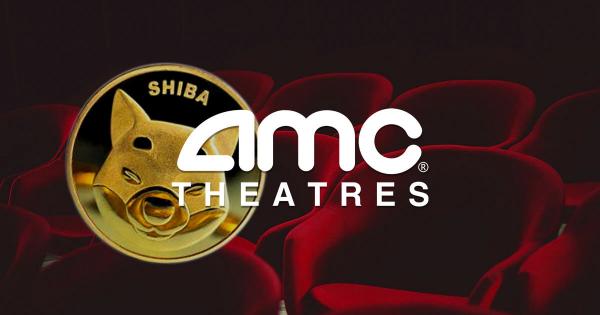 A rising star among memecoins is set to receive much-needed legitimacy as it will be accepted as a payment method in one of the leading movie theatre chains in the United States.

According to Adam Aron, the CEO of AMC Entertainment, the company will be able to accept SHIB payments within 60 to 120 days.

Fans of the popular Shiba Inu will soon see the token gain real-world utility thanks to Adam Aron, the CEO of AMC Entertainment. Earlier in October, Aron asked his Twitter followers which cryptocurrencies the cinema chain should offer as a payment option.

Thanks to the bull run the token saw in October, the overwhelming majority of the poll’s respondents voted in favor of SHIB. This prompted the management of the company to contemplate adding SHIB to the list of tokens it will be supporting in its Q3 earnings call.

And now, Aron officially confirmed that AMC has partnered with crypto payments service BitPay to enable SHIB payments. In a tweet posted on Tuesday, he said that BitPay agreed to support Shiba Inu “specifically because he asked,” making AMC the first BitPay client to accept the token.

The service will become available in the next 60 to 120 days, meaning SHIB holders will be able to purchase tickets at any one of the company’s 950 movie theaters around the world.

Attention #SHIBArmy: Our friends @Bitpay decided to support Shiba Inu specifically because I asked, so AMC can take Shiba Inu for online payments of movie tickets and concessions. @AMCTheatres to be the first @bitpay client to accept Shiba Inu. Timing 60-120 days. This is a WOW! pic.twitter.com/F54i22hHDv