To the credit of Mike McGlone, a senior commodity analyst at Bloomberg Intelligence, he called a Bitcoin breakout towards $13,000 when few expected it. 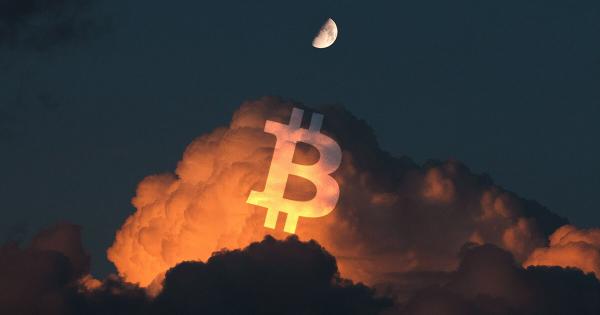 To the credit of Mike McGlone, a senior commodity analyst at Bloomberg Intelligence, he called a Bitcoin breakout towards $13,000 when few expected it. In a report released Aug. 5, the analyst doubled down on the bullish sentiment he has been touting all year.

Assuming consistent supply, an increase in demand should further boon the cryptocurrency market, now up approximately 80 percent on the year. Bitcoin on its own is up 65 percent in 2020 according to CryptoSlate data.

Due to the increasing adoption of Bitcoin as a financial asset and as a means of payment, the number of active BTC addresses has begun to tick higher.

According to McGlone and Bloomberg’s attempt to relate to the price of the leading cryptocurrency to its active addresses (per Coin Metrics), Bitcoin is currently 16.5 percent undervalued at $11,700.

“Our graphic depicts Bitcoin following rallying gold and a leading on-chain measure of adoption — active addresses. The 30- day average of addresses from Coinmetrics on Aug. 4 translated to a Bitcoin price above $14,000, vs. about $11,000 on an auto-scale basis since 2017.”

In a separate analysis by Santiment, a blockchain analytics firm, found that “August 3rd was the third occurrence of [daily active addresses] reaching 1.08M daily addresses since July 1st.”

Santiment sees this trend as a potential sign that Bitcoin’s price is “justified in retesting the $12,000 range sooner rather than later.”

“The Grayscale Bitcoin Trust now purportedly holds in excess of 400,000 BTC, around double that seen a year ago: By our calculation, GBTC inflows over the past year have absorbed about a third of new Bitcoin supply. If the inflow pace doesn’t subside, absorption will approach 50%, with less supply.”

The company is also pulling in large amounts of Ethereum via its Grayscale Ether Trust.

Tangentially related to this, the open interest of regulated BTC futures has shot higher, representing “accelerating maturation, and a propensity to increase in price, in our view.”

Reason #3: Bitcoin’s correlation with gold is on the rise

Due to macro trends and popular narratives, Bitcoin’s correlation with the price of an ounce of gold has been on the rise. “The highest-ever 52-week Bitcoin-to-gold correlation of 0.35” shows that the cryptocurrency is evolving into digital gold at long last.

With money printing by central banks set to accelerate gold’s growth as it sets new all-time high day after day, the now-correlated Bitcoin stands to benefit.

The textbook Bollinger Band technical indicator suggests an imminent “price breakout” while charts suggest a move “higher is the path of least resistance.” This means that BTC is likely to begin a strong upward move, which McGlone speculates will take the cryptocurrency to $13,000 at the very least.