Binance Donated BTC and ETH Worth $500,000 to Victims of West Japan Flood

Binance released a report October 24, outlining its role in the aid of the victims of the 2018 West Japan floods. 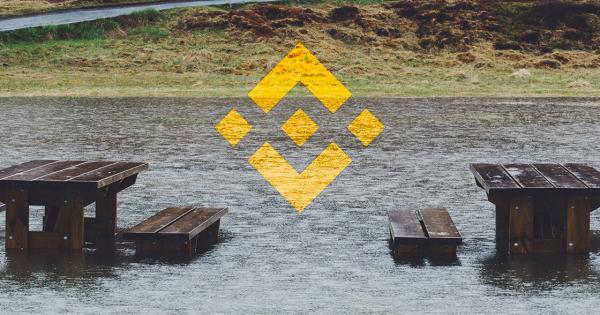 Photo by ål nik on Unsplash

Binance released a report Oct. 24, outlining its role in the aid of the victims of the 2018 West Japan floods. According to the report, the exchange donated 63.03 BTC and 169.85 ETH, the combined fiat equivalence of which exceeded $500,000 at the time of donation.

Japan suffered the worst flood in 36 years following what is now being referred to as the “Heavy Rain of July, Heisei 30.” Around 225 people were declared dead and property worth almost $7 billion damaged. At least 13 people were missing and 8 million people were advised to evacuate.

More than 54,000 workers participated in the rescue and relief attempts amidst a global outreach for help. Binance, which was earlier headquartered in Japan, was at the forefront of the relief work.

Per Binance’s internal report, the exchange collaborated with multiple government agencies, local NGOs, and other organizations to extend a helping hand to flood victims. To address the immediate need for relief work, the company initially donated 61.09 Bitcoin (~50m JPY at the time) through Mai Fujimoto, founder of Kizuma, a Bitcoin donation foundation.

Next, Blockchain Charity Foundation (BCF), the charity arm of Binance, initiated the second round of donation in collaboration with Open Japan, an organization dedicated to rescuing and rehabilitating disaster victims.

Binance transferred nearly 170 Ether (ETH) tokens to Open Japan, which then transferred the cryptocurrency to fiat and distributed it among the victims using relief funds.

Acknowledging Binance’s role in the relief work, Open Japan said in a statement:

“It wasn’t difficult to get our account set up, and once everything was ready Binance contacted us to proceed with the donation.[…] Receiving this donation left us with a deep impression of cryptocurrency: both its growing effect on our world and its potential.”

Additionally, Binance also provided a platform for other donors to contribute to the relief effort. The exchange says donors from across Japan and the rest of the world contributed more than $400,000 in various types of ERC20 tokens.

Overall, Binance claims to have raised cryptocurrencies worth $1.4 million as part of its disaster relief charity in the aftermath of the West Japan floods.

Binance has said it is committed to providing financial aid to the needy and victims of natural disasters using cryptocurrencies.

The cumulative hashing power dedicated toward Bitcoin took a hit this week after extensive flooding of mining centers in Sichuan, China.

Binance to Disclose All Listing Fees and Donate Proceeds to Charity

In a stunning move, Binance, the world’s leading cryptocurrency exchange by daily volume, has announced it will be publicizing all listing fees and donating the entirety of proceeds to charity with immediate effect.