Analysts think Bitcoin may be overextended as bulls fail to hold $24,000 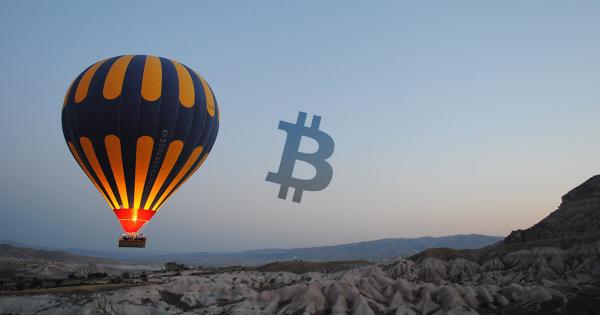 As of the time of this article’s writing, BTC trades for $23,100, as bulls have failed to hold the $24,000 support. The cryptocurrency moved higher last evening as institutional money has continued to flood into Bitcoin and after Elon Musk, CEO of Tesla and SpaceX, inquired about investing in BTC with his company’s balance sheet.

But as Bitcoin has begun to show some weakness, even in the face of a confirmed distribution of $600 stimulus cheques to millions of Americans, some analysts have shared their sentiment that a correction is building.

Analysts worried that Bitcoin could correct in the days ahead

Prominent analysts are worried that Bitcoin is entering correction territory as the rally begins to peter out as daily and weekly charts begin to look overextended.

“Potential extended fifths and ending diagonals at double diagonal resistance are the reason. No action yet, but eyes on tomorrow/Tuesday, stops tight. No pattern break down gives way for 26.6 next.”

Jack added that if Bitcoin begins to break down, the key support level he is watching on the reversal will be the “low 19’s.”

This is the same trader that predicted in the middle of March that BTC would see a V-shaped reversal to $10,000 by the start of the summer. He was proven correct almost perfectly. Jack more recently predicted the breakout from $12,000 at the start of October toward $18,000, where Bitcoin temporarily consolidated.

No action yet, but eyes on tomorrow/Tuesday, stops tight

No pattern break down gives way for 26.6 next

Low 19's first support level if we break down pic.twitter.com/X5UasaJ3I8

This skepticism has been echoed by other traders. Pseudonymous analyst “Alice” noted that they have begun to see signs of exhaustion in the trend of Bitcoin, as evidenced by the formation of “rising wedges”:

“I have noticed some signs of exhaustion, have seen many rising wedge breakups during uptrends though in my day, of course on a lower time frame, that usually leads to blow offs. You can see a bit of tightening on the 4h BBs now, implying momentum slowing down.”

One crypto-asset analyst shared the chart seen below, showing that during last week’s move higher, there was strong selling pressure into last week’s rally on Bitfinex. While Bitcoin was not stopped last week, should this selling pressure increase, it may present a bigger risk to the cryptocurrency, forcing a drawdown. 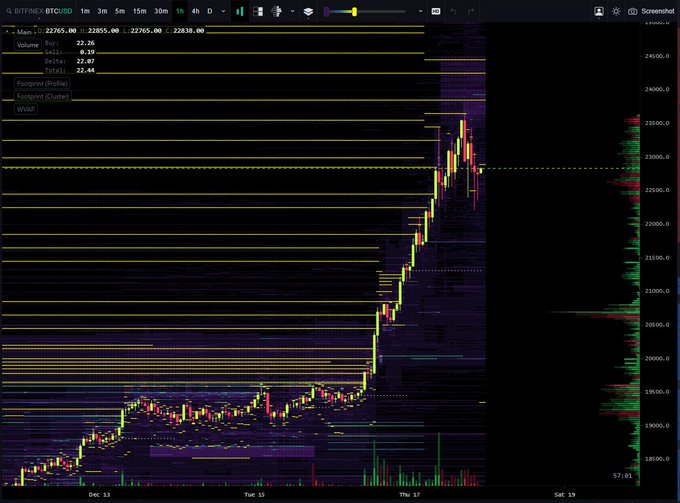