Zimbabwe acknowledges crypto may have a role to play in the future of the country's financial infrastructure. 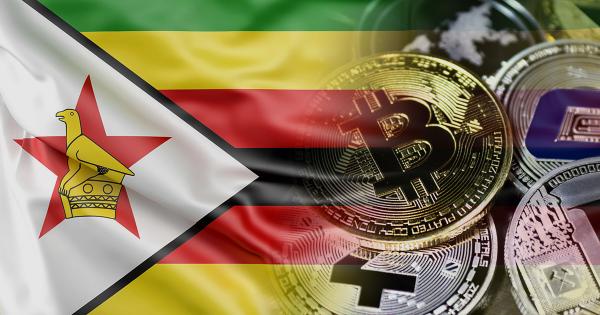 Photo by slon.pics from freepik.com and Roger Brown from Pexels

Local media reports that the Zimbabwe government is considering crypto as legal tender in the country. According to Bulawayo24, the country’s Director of IT and Communications, Charles Wekwete, said the government had opened dialogue with all stakeholders on the matter.

The comment came as Wekwete was speaking at the Computer Society of Zimbabwe (CSZ) Summit, which ended on the weekend. The central theme of the conference was the use of digital innovations as a means for post-pandemic recovery.

While much is said about the role of crypto in “saving” the economy, the issue is still a contentious one. However, as more countries warm to the idea of crypto playing a role in financial infrastructure, the strength of argument against it will begin tapering away.

As some predicted, El Salvador, being the first country to accept Bitcoin as legal tender, would set off a snowball reaction, as economically oppressed nations look elsewhere for a better deal.

Crypto as legal tender in Zimbabwe

During the CSZ Summit, Wekwete was asked about crypto adoption and the increasing trend towards digital payments. He responded by saying governments worldwide are still trying to get to grips with understanding digital assets and the implications of sanctioning its use.

Wekwete said, without first considering the ramifications of that, mainly how it may pertain to criminality, policymaking around crypto is somewhat cagey and not something to be rushed.

“there are a lot of fears about cross border movement of funds, money laundering, externalization of funds and illicit flow of funds to fund illicit issues.”

Wekwete said the government is currently gathering views on how best to develop a national policy towards crypto. But the conversations are being had, and a statement will be issued once ready.

“Sooner or later Government will make statements but we have not gotten there yet, the consultative process is already underway.”

Africa has no loyalty to legacy infrastructure

IOHK CEO Charles Hoskinson previously mentioned that Africa is the place where meaningful crypto adoption would happen first. He elaborated by saying this is because the continent, in general, has poor legacy infrastructure, leaving the region open for newer, more egalitarian approaches to flourish.

On-chain analytics firm Chainalysis said crypto adoption in Africa is up 1,200% in the year to September. They attribute this to people using crypto as a means to avoid banking and exchange rate restrictions.

Under the circumstances faced by everyday Africans, the benefits of using crypto are becoming acknowledged at the governmental level.

Last month, Zimbabwe’s Finance Minister, Mthuli Ncube, said given that 30% of young people invest in crypto makes it unstoppable. As such, he thinks the path forward is to “regulate it properly,” instead of trying to curb its use.