Following the Demo Day presentations were three panels that brought together the leading projects, developers, and problem-solvers in the crypto industry to discuss trending topics. 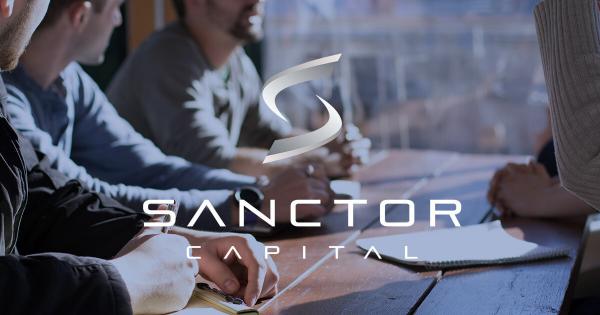 Three projects graduated from Sanctor Turbo, a Y-Combinator style mentorship program for Web3 companies organized by Sanctor Capital on September 14, marking the completion of an intense six-week sprint that saw builders and investors iterate grandiose plans for the crypto-led future.

It saw Koii Network introduce the world’s first ‘atomic NFTs,’ tokens that react to the amount of attention it gets from viewers; Synchrony Finance, which debuted its on-chain automated asset management platform for the Solana ecosystem; and Thorswap, which announced the release of a new desktop app that allows users to swap native assets cross-chain.

projects, developers, and problem-solvers in the crypto industry to discuss cross-chain interoperability, how NFTs are redefining art, economics, and value, and even gave an impromptu glimpse inside the war room during Solana’s outage yesterday.

The first panel saw Andre Cronje, creator of Yearn Finance, Anyswap and Keep3r; Chad Barraford, Technical Lead at THORChain, Derek Yoo, CEO of Moonbeam; and others discuss the $150 billion locked across DeFi platforms and the recent ‘bridge szn’ in the crypto industry?

He added, “If you go back a year, maybe as late as 2018, everyone was talking about interoperability. The chains that were conceptualized back in 2018 are real now, and the more we’re interacting with them, the more we’re all beginning to realize that it may be a little bit too much activity for anyone chain to handle this stuff.

“So, instead, you’ll see it start overflowing into other networks. I think it’s a really lucky coincidence that these blockchains are ready to make cross-chain a necessary solution.”

Inside the Solana war room

Earlier this week saw Solana, a high-speed blockchain utilizing a proof-of-history consensus design, experience a network outage that took 17 hours to fix. It drew equal amounts of criticism and motivation from crypto circles, with the former group comparing the outrage to any new technology that undergoes teething issues as it scales up.

Speaking in the regard was Kanav Kariya, the newly appointed President of Jump Crypto and a panelist at Sanctor Turbo’s Solana session. Kariya noted Solana was a ‘complex’ and ‘revolutionary’ blockchain, and that downtime and outrages were not wholly unexpected.

“The disruption of trading activities is not great, but it’s not impossible to navigate,” noted Kariya. Tushar Jain, the Managing Partner of Multicoin Capital and an early Solana investor, shared the sentiment, “the problems we’re seeing are fixable, not a fundamental comp sci problem we don’t know how to solve.”