Norway’s minister of climate Sveinung Rotevatn is a Bitcoin ‘hodler’

The country is not exactly crypto friendly,’ but high-ranked officials are not shying away from investing in the space. 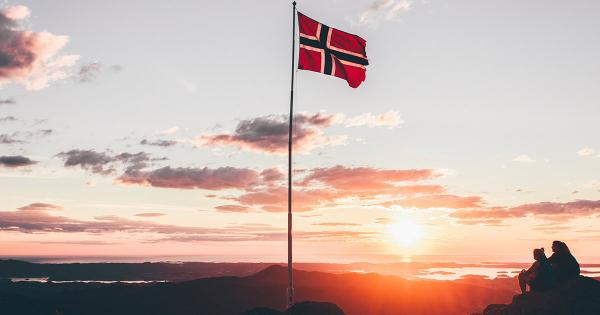 Photo by Mikita Karasiou on Unsplash

Norway’s minister of climate and environment Sveinung Rotevatn sits on a stack of Bitcoin, he revealed in an interview this week.

“[It’s] a well-suited store of value,” he said, adding that mining—using powerful computing equipment to validate transactions on and maintain the network—did pose considerable environmental challenges.

Norway is popularly known for its high-tech finance industry and is one of the few ‘cashless’ countries on the planet. Only 4% of all payments are conducted with banknotes and coins.

But the adoption of digital payments hasn’t quite spilled over to the crypto space: Its central bank has previously stated Bitcoin “doesn’t preserve stability” and is “far too costly.”

“The basic property and task for a central bank and central-bank currency is to provide stability in the value of money and in the system, and that is not done by Bitcoin,” said Oystein Olsen, the governor of Norges Bank, in a statement earlier this year.

Rotevatn, however, has a different way of seeing it. “What might make Bitcoin so exciting is that it has some of the same properties. You can’t suddenly discover a ton of Bitcoin somewhere, giving one country huge reserves,” he said, adding:

“It’s spread evenly, it grows slowly, but steadily, and has a finite supply. Therefore, it’s theoretically well-suited as a store of value.”

Norway's ?? Minister of Climate and the Environment, @Rotevatn, says he hodls #bitcoin

The minister carrying out the environmental policies of one of the most renewable energy-focused governments in the world, sees #bitcoin as "well-suited for a store of value"

The use of Bitcoin as a store-of-value aside, Rotevatn pointed out that environmental challenges remained a concern.

The minister said that a majority of the energy sources used by mining farms was ‘renewable’ in nature, while claims of the asset using as much “energy as the state of Texas” were overblown.

He noted the banking and gold industries have, historically, consumed more energy than Bitcoin to little criticism. Someone inform the activists of that.