Mexico is about to elect a new president. 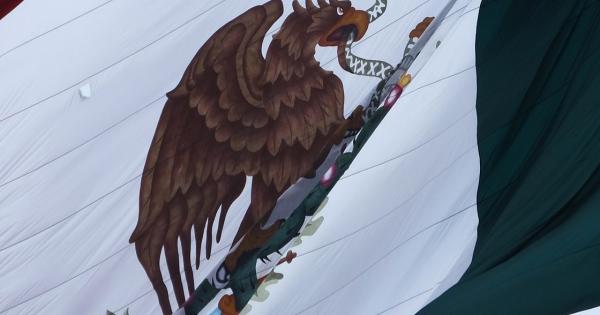 Photo by José Miguel on Pixabay

Mexico is about to elect a new president. The crisis in the country has raised skepticism among the population in the face of what is widely regarded as corrupt policy implementation. However, Ricardo Anaya, the youngest of the presidential candidates, aims to fight corruption through a safe, auditable, and innovative means: The use of blockchain technologies.

Anaya us the presidential candidate of the “For Mexico in Front” coalition, Which is composed of the National Action Party, the Party of the Democratic Revolution and Citizens’ Movement. Presenting himself as a fresh alternative, Anaya aims to represent Mexicans who seek to choose the successor of an unpopular Enrique Peña Nieto — the incumbent official that currently boasts a one digit percent of popularity according to international researchers.

The main focus of all candidates is the fight against corruption subsequent to a point of major economic development, and although several proposals have emerged, Anaya seeks to nip the situation in the bud through the use of Distributed Ledger Technologies.

Anaya wants to take away the possibility of corruption from those with some “decision power” and from those responsible for the mechanism of governance.

The figures are worrying: Mexico is the country with the highest perception of corruption among OECD countries. This fact profoundly concerns Anaya, who states on his website:

Mexico is also the country with the highest number of bribes among all the countries of Latin America and the Caribbean, according to Transparency International,”

The concept of implementing blockchain technology to improve state governance models is extremely novel, considering that industrial implementation of DLT solutions is still at a nascent stage.

In locations where blockchain technology is poorly understood — such as many Latin American towns — doubts and fears regarding its implementation are common due to a lack of information. This information scarcity leads to concern that a blockchain network can be “hacked” or that transactions can be lost. A lack of understanding regarding blockchain technology makes it difficult for many communities to see how it can improve the traditional procedures they are used to.

As such, Anaya’s plans have given rise to debate, dividing people into fervent enthusiasts and tireless skeptics.In a press release, Ricardo Anaya presented four proposals to combat corruption. Of these, two stand out for their visionary perspective:

These proposals are simply ideas that would require a robust, coordinated work of all public bodies to come to life. A paradigm shift at strategic levels requires time and dedication.

However, the automation of processes not only avoids the possibility of corruption but also eliminates a great deal of paperwork and repetitive bureaucratic procedures.

The Future of Latin America and Blockchain Technology

The use of cryptocurrencies and blockchain technologies has fascinated millions of enthusiasts worldwide. Within the Latin American region, its potential is only now beginning to be exploited. For example, countries such as Venezuela and Peru have seen record volumes of P2P trades as a means of combating high inflation.

However, beyond the speculative aspect, other relevant projects by Latin Americans have emerged, among them two initiatives that won the second and third place in the World’s Virtual GovHack 2018 that took place in Dubai:

The 2nd Place Winner of the World’s Virtual GovHack Award, presented by @HHMansoor, is Cycle. #WorldGovSummit

Although it is true that Amaya has a difficult battle against favorite Andrés Manuel Lopez Obrador, his youth and innovative proposals give him a second place in the polls. The blockchain is here to stay and the words of Kevin Gutierrez, member of the Cycle project, are a great inspiration for those who believe in the promising future that awaits us:

“I believe that the use of this technology will increase, which is very feasible considering that blockchain can be integrated transversally in all industries. Having said that, all that is needed is to put imagination and the ability to execute to work.”