An Introduction to Vertcoin: The People’s Coin

One of the coins that has received an increasing amount of community attention over the past several months is Vertcoin — an impressive platform from a technical perspective. It combines the features of Bitcoin and Litecoin such as the Lightning Network, Atomic Swaps, and Segregated Witness while also delivering privacy functionality such as Stealth Addresses.

The Vertcoin team is a non-profit organization comprised entirely of volunteers. Upon its conception, there was no premine or initial coin offering in order to ensure the fairest distribution of tokens to its users.

Vertcoin is known as the people’s coin for good reason and aims to be mined by anyone, profitably. It accomplishes this by being ASIC-resistant which, in turn, means that GPU’s and CPU’s are most effective at mining the currency.

What is an ASIC?

ASIC stands for application specific integrated circuit, and are used often in cryptocurrency mining. Typically, ASIC’s provide an enormous hash power increase over CPU’s and GPU’s, as they can be designed for a very specific task.

For example, Bitcoin and Dash mining are completely dominated by centralized ASIC mining operations in locations with cheap electricity, such as China. The most powerful Bitcoin ASIC, the Antminer S9, provides 13.5 TH/S on the current Bitcoin difficulty. Most high-end mining GPU’s will barely break 40 MH/S on Bitcoin. Let’s figure out how big of a difference that is.

The Antminer S9 will provide around 337,500 times the hashing power of most GPU’s. To be fair, the S9 will consume more electricity than a GPU, and costs around $6,000 for a new rig.

These expensive ASIC mining rigs make it difficult for the everyday person to compete. Vertcoin plans to allow the average person to contribute to mining by making their mining algorithm ASIC resistant. This is done by adding something called the N-factor.

This is a measurement of the amount of memory needed to complete a hash, and the needs change dynamically. As the N-factor and memory requirements increase, CPU’s and GPU’s will have an edge over ASICs. The Vertcoin team is dedicated to ensuring the coin always stays ASIC resistant.

Why is it Important for the Everyday Person to Mine?

One of the most important benefits of cryptocurrency is decentralization. This is typically accomplished by basing the coin’s blockchain on the version recorded by 51%+ of the miners. If a centralized mining operation was able to get a majority of a coin’s hashing power, it can use a 51% attack to forge fraudulent transactions. If everyone has an equal chance to run a miner, the coin is less prone to centralization.

Where to Buy Vertcoin

Vertcoin is currently traded only on Bittrex and Poloniex, and is seeking an addition to other exchanges such as Binance.

There is a donation fund for the Vertcoin community, where supporters can donate to the dev team and contribute to exchange additions. For more information on buying Vertcoin, check out this guide.

There are a few ways to store Vertcoin.

Ledger Nano S:  A secure hardware wallet that supports multiple coins. The Ledger Nano S is by far the more secure option, but it comes at a cost of $96. These wallets are so popular they are currently on backorder until March 23, 2018.

The Ledger has multiple lines of security, including a 24-word passphrase + PIN Code. If for some reason your Ledger breaks or is stolen, the coins can easily be recovered by entering the passcode on another wallet. Many crypto investors choose to store their cryptocurrency in hardware wallets such as the Ledger Nano S due to the high level of security it delivers.

It’s also possible to store Vertcoin in software wallets, which are installed on a desktop computer or smartphone with the official Vertcoin wallet and Electrum wallets respectively.

In the event that your computer is compromised, desktop and web wallets provide little security. Your only line of defense for these wallets are passwords or two-factor authentication, which requires an additional confirmation. While this feature increases security, it’s not completely impenetrable, so it’s best to consider investing in a hardware wallet.

Vertcoin has a simple setup miner called One Click Miner that you can learn about here. It has an easy to use interface and has P2Pool already integrated. P2Pool is the most used Vertcoin mining pool.

Mining pools are a way for miners to receive more frequent payouts by combining their hash rate with other miners.

When the miners successfully mine a block, they share the block rewards proportional to their hash rate contribution.

As stated earlier, Vertcoin can be mined with CPU and GPU’s, but the most profitable graphics card to mine with would probably be the GTX 1080 TI.

Vertcoin miners can expect a rate of 73 MH/S with this card, which should lead to around a profit of $2,000 a year per card after electricity costs as a rough estimate.

Vertcoin is one of the few coins that allow atomic swaps. For the uninitiated, an atomic swap is an exchange of two different cryptocurrencies that occurs instantaneously without the need for a third party.

Exchanges or shapeshifting services that take fees such as Changelly are made redundant by this innovative trading method. Here’s why atomic swaps are so awesome:

Say you want to use Purse, a website that gives you discounts on Amazon for paying with Bitcoin.

You can send Vertcoin to a BTC Address, and it will arrive at the address as BTC at the going rate between the two currencies. This is just one use case, the possibilities are endless.

Vertcoin also has a feature called Stealth Addresses. Stealth Addresses are key to privacy, and allow transactions to be sent to one address, and imported to another. For example, it’s possible to put a stealth address on a business or eCommerce website to receive payments.

What is Lightning Network?

What is Segregated Witness?

Segregated Witness is also seen on Litecoin and Bitcoin and is a way of separating the transaction signature into two parts. This effectively reduces the transaction cost by nearly 50%. This is explained more in depth by the Bitcoin developer Jimmy Song in this post.

The Vertcoin project is completely open source and is available on the official Vertcoin GitHub. It has over 15,000 commits and is updated frequently.

The Vertcoin team has a history of doing exactly what they say, and doing it on time. If you would like to contribute to the group of volunteers, their official donation address can be found here. The developing team is transparent with their progress and roadmap, which can be viewed in real time on the Vertcoin Trello.

While Vertcoin is an extremely promising platform, the development team have not yet announced any major partnerships. You can view the Vertcoin team and advisors here. 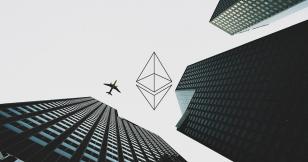