2017 has been the breakout year for Ethereum. 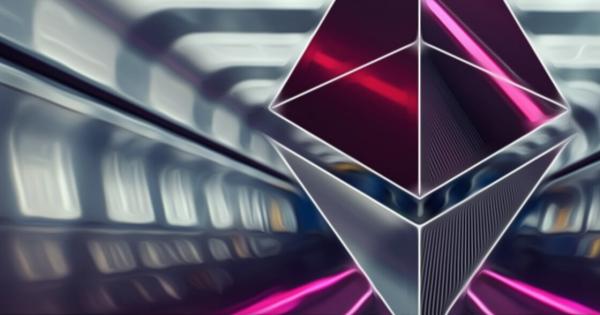 2017 has been the breakout year for Ethereum. In addition to its headline grabbing value appreciation and its increasingly influential founders, Ethereum is bridging the gap that many most cryptocurrencies are struggling to address even on a theoretical level. Ethereum is becoming relevant in the real world.

While the price of Ethereum has increased dramatically this year, their blockchain is rapidly expanding as companies are capitalizing on blockchain technologies for everything from enterprise data solutions to cryptocurrency development.

Both of these are major milestones for Ethereum. Consortia such as the Enterprise Ethereum Alliance are establishing methods for implementing blockchain technology across industries and, as a result, major companies are leaning heavily on the Ethereum blockchain.

Meanwhile, ICOs have raised over $1 billion this year.  Much of that development is happening on the Ethereum blockchain. In short, while Bitcoin continues to capture cryptocurrency mindshare, Ethereum is being touted for its real-world applications, and it fully intends to keep pace with the challenges.

Last month, Vitalik Buterin, co-founder of Ethereum, commented on this problem, tweeting, “I personally have cut down evangelism precisely because I see that the main bottleneck is now not interest, but tech.”

With the introduction of the Metropolis hard fork, Ethereum is beginning the process of improving its protocols to prepare for the future of the Ethereum blockchain. In general, these changes come down to an improvement in security and scalability.

Recently, Buterin tweeted that Ethereum had just verified a Zk-snark proof transaction on the Ethereum testnet which will add a significant cryptographic privacy for the transaction itself.

A few days ago, Vitalik tweeted that it had just verified a Zk-snark proof transaction on the Ethereum testnet which will add a significant cryptographic privacy for the transaction itself.

Each of these changes is meant to improve the blockchain’s security as it prepares for even greater levels of scale and transition.

The second phase of the Metropolis rollout, dubbed Constantinople, looks to address growth and scalability concerns. While Constantinople doesn’t have a definitive release date, it “paves the way for lighter client implementations, by simplifying the process of evaluating transactions.”

This will lend stability to the Ethereum platform as enterprise level implementations are waiting on the horizon.

Ethereum officially released the Metropolis hard fork on September 18 on its testnet, Ropsten. It’s unclear when we can expect to see these changes on the live Ethereum blockchain, but it’s possible that they will be implemented sooner than we think. Ethereum representatives have indicated that failures will happen quickly, so improvements will be integrated early in the release process.

“These issues need to be solved to ensure further development of the protocol and the whole ecosystem.”

The Byzantium hard fork is the first step toward establishing Ethereum as a platform that fully lives up to its potential, and the forthcoming Constantinople hard fork is poised to advance Ethereum even further.