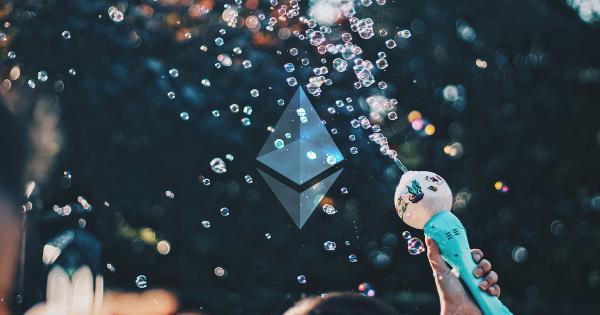 Photo by Veronica on Unsplash

It has been a volatile week for Ethereum. The cryptocurrency was able to incur some notable buying pressure earlier this week that allowed it to regain its ground against Bitcoin as it moved into the $230 region.

This momentum reached a boiling point yesterday evening when buyers propelled it to highs of $255 in what ended up being a fleeting rally.

The market-wide plunge this morning led the entire market to crater, but ETH is still trading up significantly from weekly lows.

The downtrend that ETH may be caught within could cause it to see heavy losses, as a further decline would lead its massive quantity of long positions to see a cascade of liquidations.

Ethereum rallied to highs of over $250 yesterday before facing some heavy selling pressure that led it down to lows of $230 today.

This decline wasn’t isolated to ETH and came about concurrently with Bitcoin’s plummet to the lower-$9,000 region.

Ethereum will likely continue struggling to maintain its upwards momentum as long as the entire market remains in a precarious position.

This volatility may be heightened due to increased trading volume seen by ETH’s options contracts, as reported by CryptoSlate yesterday.

Open interest for the crypto’s positions on BitMEX saw a significant $25 million drawdown as a result of this latest decline, but its futures OI still remains at monthly highs – as seen by the below chart from Skew:

One trend that could hold heavy influence over Ethereum’s near-term trend is the fact that the number of notional longs on Bitfinex recently hit an all-time high.

Yesterday evening’s rally to $250 made this number grow even more, with the vast majority of these positions being liquidated by today’s decline.

If today’s decline ultimately marks the start of a mid-term trend shift, the losses Ethereum sees in the days and weeks ahead could start liquidating some of these newly opened long positions.

This may result in a torrent of liquidations – having a similar effect on ETH to that seen by Bitcoin in mid-March when cascading liquidations caused it to plummet to lows of $3,800.