The Dubai International Financial Center announced the launch of a new initiative in partnership with the Smart Dubai project to establish the world’s first “Court of the Blockchain.” Announced July 30, 2018, the new alliance between the DIFC and Smart Dubai intends to explore the applications of blockchain technology in verifying cross-border court judgments. 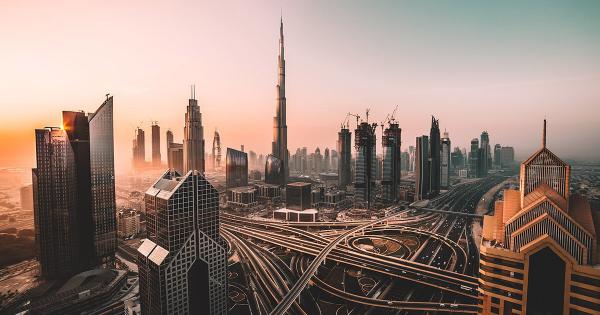 Photo by Spencer Imbrock on Unsplash

The Dubai International Financial Center announced the launch of a new initiative in partnership with the Smart Dubai project to establish the world’s first “Court of the Blockchain.”

Announced July 30, 2018, the new alliance between the DIFC and Smart Dubai intends to explore the applications of blockchain technology in verifying cross-border court judgments. This initiative could potentially result in the establishment of a world-first blockchain-based judiciary system allowing decentralized information systems between different courts.

Dubai’s new blockchain court system will target the use of distributed ledger technology in streamlining the judicial process, minimizing document duplication, and improving the efficiency of the entire Dubai legal ecosystem.

The Dubai International Financial Center Courts are tasked with resolving civil and commercial disputes such as international financial transactions, debt collection, and employment disputes. The DIFC will work together with the Smart Dubai project, which focuses on the rapid implementation of technological innovation in governance and economy in order to model smart contracts with nuanced dispute resolution that permit a range of exceptions and conditions.

DIFC Courts Chief Executive and Registrar Amna Al Owais elaborated on the purpose of the initiative, highlighting the forward-leaning stance on blockchain implementation within the Dubai regulatory mechanism:

“This taskforce is in line with our guiding principle to deliver courts as a service, powered by technology and extended through cooperation agreements and alliances. By harnessing blockchain technology, Dubai will be firmly positioned at the forefront of legaltech and judicial innovation, setting the standards for countries and judiciaries to follow.”

The “Court of the Blockchain” project is based on Dubai’s “Courts of the Future” project. Launched in September 2017, the Courts of the Future initiative functions as a think tank of global technology and legal experts that evaluate the implications of emerging technologies and trends from a judiciary perspective.

Dubai boasts a network of task forces and technologist groups centered on pushing the nation into the digital future — the entire Courts of the Future platform is overseen by the Dubai Future Foundation, led by Acting CEO His Excellency Abdulla bin Touq, who outlined the importance of technological exploration in governance:

“Dubai is becoming a global test bed for emerging technologies. It is essential that we also begin to test the regulatory frameworks and protections that will help these technologies, and the companies developing them, succeed.”

Director General of the Smart Dubai Office Her Excellency Dr Aisha Bint Butti Bin Bishr delineated the purpose of the “Court of the Blockchain” project, hinting at an entirely blockchain-based governance model in Dubai:

“The emirate has become a global trailblazer in embracing advanced technologies and steering them towards the safety, comfort and happiness of our city’s residents and visitors. One of the most notable of these innovations is Blockchain, where the Dubai Blockchain Strategy seeks to run 100% of applicable government transactions on Blockchain by 2020. An invention of this calibre and potential requires an equally disruptive set of rules and an empowered institution to uphold them.”