Charles Hoskinson covers key points from his visit, but also mentions shady dealings to do with Bitcoin maxis. 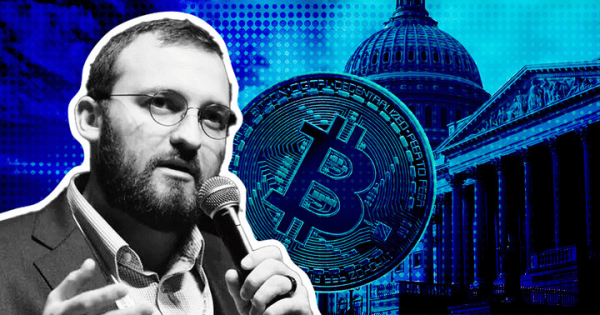 The team met with influential bodies and groups, including the Commodity Futures Trading Commission (CFTC,) to “get a better sense of where things are going” regarding U.S. legislative reforms.

“I’ve spent this entire week meeting with different lobbying groups, advocacy groups, attending events, meeting with Congressional staff and staff of the US Senate, as well as members of different bodies like the CFTC, and try to get a better sense of where things are going.”

Commenting on this, Hoskinson said the bill offers clarity on Initial Coin Offerings (ICOs) and token trading. Ultimately, it intends to push the treatment of crypto assets toward the way commodities are treated rather than its current treatment as a security.

“the basic idea is to change the way regulation handles ICOs, and change the way trading of tokens work. But the long and the short is that it provides a lot of necessary clarity and in many cases it pushes cryptocurrency more towards the treatment of being a commodity…”

Also of note is the Lumis-Gillibrand bill, which Hoskinson called “significantly more comprehensive in scope” than the Digital Commodities Exchange Act.

“this bill is significantly more comprehensive in scope. it covers many different areas from taxes to self-regulatory organizations. It has some discussion on commodities and securities, and notions like sufficiently decentralized.”

Much like the Digital Commodities Exchange Act, the Lummis-Gillibrand bill is said to be unlikely to pass in its current form. Nonetheless, Hoskinson said both bills are generating discussion in Washington, which he believes will eventually lead to lawmakers understanding what is needed to take the U.S. crypto industry forward.

Finally, the Biden Executive Order aims to unify U.S. executive branches by reporting on the responsible development of digital assets.

Tying this together, Hoskinson said that he believes all three “will collide into each other,” resulting in a “compromise agreement.” What this might translate to, Hoskinson didn’t expand on.

Signing off, the Cardano founder thought it worth mentioning that in his visit to Washington DC, he found out that “certain members of the Bitcoin community” were pushing lawmakers to treat BTC favorably over other cryptocurrencies.

Specifically, this took the form of lobbying for all crypto assets, except for Bitcoin, to be classified as securities.

“I did discover that certain members of the Bitcoin community are actively telling lawmakers to write into legislation that everything but Bitcoin is a security.”

Hoskinson said this was a way to “de-legitimize or ban” Proof-of-Stake cryptocurrencies, which he found disheartening and disappointing.