Behind Decentraland’s MVFW: Fashion has entered the metaverse and it’s here to stay 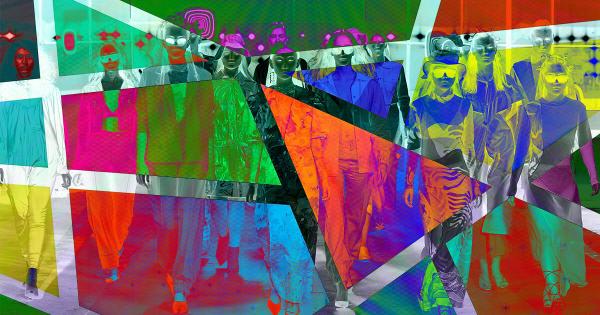 The Metaverse Fashion Week (MVFW) officially started today on Decentraland, one of the largest virtual social worlds in the Web3 space.

Set to take place in Decentraland’s newest “Luxury Fashion District,” the four-day event will see the likes of Dolce&Gabbana, Tommy Hilfiger, Elie Saab, and others hold immersive virtual-world fashion shows and after-parties that have become synonymous with the world of fashion.

The virtually unlimited potential of a virtual world means that the MVFW won’t end on the catwalk—a slew of other shopping and artistic experiences are also set to take place daily until March 27th, when the event is set to end with AUROBOROS, who will close the event together with the headline act and muse Grimes.

Selfridges, the quintessential London retailer, kicked off Fashion Week yesterday with the inauguration of its flagship metaverse store. The launch featured an immersive experience with Paco Rabanne and Victor Vasarely and will be followed by similar experiences from Etro, Franck Muller, Nicholas Kirkwood, and others.

Sam Hamilton, the creative director of the Decentraland Foundation, said that neither fashion nor haute couture are new to the metaverse. Since the launch of its avatar wearables back in 2020, Decentraland has been on the cutting edge of rare and in-demand digital fashion.

“Since then, creators have been pushing both the technical and stylistic limits of Decentraland wearables and have created a booming economy with over $1 million in sales of avatar wearables last year,” he told CryptoSlate.

Decentraland, freeing fashion from the constraints of the real world

The Metaverse Fashion Week will certainly bring quite a bit of traffic and media attention to Decentraland. However, the impact of MVFW goes way beyond these four days and has the potential not just to change the way people interact with the metaverse, but the way they interact with fashion as well.

Giovanna Graziosi Casimiro, the head of the MVFW at Decentraland, said that the fashion industry and the metaverse are a perfect fit for each other. In an interview with CryptoSlate, she explained that the two share intrinsic characteristics that, when combined, are much more than just the sum of their parts.

“Web3 and the metaverse and about reclaiming individuality and utilizing blockchain technology to free yourself from the constraints of the real world. In Web3, everyone is in charge of their own data and digital identities, and therefore able to monetize themselves in a way that’s an antithesis of Web2.”

Those very same things are the essence of fashion, she went on to explain, saying that fashion has historically enabled people to express themselves in the real world and control how people perceive them.

With the global apparel market amounting to over $1.5 trillion in 2021, it’s safe to say that fashion is not only a driver of the global economy but also the driver of global culture.

That’s why having fashion enter the metaverse will help normalize the virtual world for a lot of people, Casimiro explained. Until recently, the metaverse looked too wild and unhinged for the majority of the mainstream economy. She said that many companies have been carefully watching the metaverse and staying on the sidelines, fearing the risks of jumping into the Web3 unknown.

“Now that major use cases are materializing—from ashion, community building, and e-commerce, to healthcare, education, and design—people are beginning to realize that the metaverse now makes a lot of sense.”

What pushed many fashion companies to take the leap into the metaverse was the realization that all of its users need to have clothes. And tens of thousands of highly-liquid people, all quick on the trigger when it comes to spending their crypto, make up a user base that’s hard to ignore.

The rise of metaverse clothing began last year after Decentraland held its first mega-event. The sheer number of people participating in the event revealed an interesting phenomenon the Decentraland Foundation was blissfully unaware of—the platform had a thriving “wearables” market and a growing community of digital designers.

This led the Foundation to consider hosting the Metaverse Fashion Week and showcase the creativity and talent Decentraland’s users and developers have shown. Once the idea of the MVFW was planted, legacy fashion brands began reaching out to Decentraland asking to participate in the event.

Casimiro said that there were so many inquiries that the Foundation had to issue a cut-off date for brands to submit requests to enter. Otherwise, it would have been impossible to organize something as large as the MVFW.

Nonetheless, the experience of organizing MVFW22 will allow the Foundation to hold annual events. In the future, there may also be multiple Fashion Weeks a year.

“After all, there are no seasons in the metaverse that are dictated by celestial events.”

The ongoing MVFW, and all subsequent Fashion Weeks, will be held in the Luxury Fashion District. Decentraland’s newest district is housed inside the existing Fashion District, owned by the Metaverse Group, a subsidiary of Tokens.com. UNXD and Vogue Arabia will present the new district and host a tour-de-force of fashion houses, brands, designers, and fashion devotees set to visit in the coming days.

And while the event is still in its early hours, both Casimiro and the Decentraland Foundation believe that they managed to achieve their goal—show the world the power and creativity of digital design.

“We hope through MVFW22 that fashion houses realize that the metaverse is no threat. It’s the heir to their artistic vision of bringing beauty to self-expression.”