Another hedge fund rubber stamps crypto, but who is Citadel?

Citadel founder Ken Griffin reveals the role his firm will play in the digital asset sector. 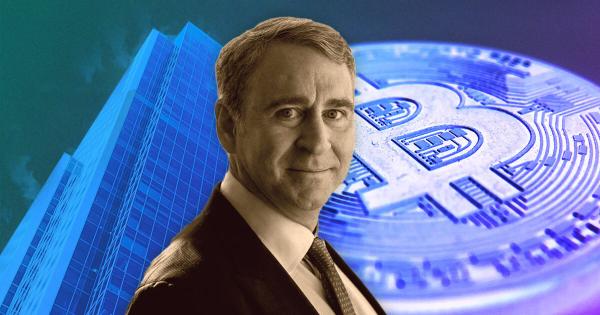 Citadel founder and CEO Ken Griffin told Bloomberg he has big plans for crypto despite the ongoing skepticism he feels towards digital assets.

Earlier this year, Citadel Securities announced a $1.15 billion minority investment by Sequoia and Paradigm. Both of which have strong crypto ambitions.

Last month, Sequoia announced the launch of its Sequoia Crypto Fund, which will invest in cryptocurrencies traded on third-party exchanges. Similarly, Paradigm launched a $2.5 billion fund to help crypto startups in Q4 2021.

Commenting on the investment, Griffin hinted at Citadel’s own crypto ambitions by saying having them on board will bring expertise to guide the firm into the digital future.

“To have their expertise, helping us think about positioning Citadel Securities for the next two or three decades has been a really powerful opportunity that we availed ourselves in.”

But where does Griffin see Citadel’s role in this digital future?

According to the Pensions & Investments website, as of June 30, 2021, Citadel ranks as the 9th biggest hedge fund with assets under management of $37.6 billion.

Griffin is a stock market veteran of thirty years who has built a reputation for winning calls. So much so, his picks have netted him an estimated personal fortune of $20 billion. Regardless of that, he admits he doesn’t always get it right, in particular, his previous stance on crypto.

“And I’ll be clear, I’ve been in the naysayer camp over that period of time. But the crypto market today has a market capitalization of about $2 trillion in round numbers, which tells you that I haven’t been right on this call.”

Where does Griffin see Citadel’s role in the crypto sector?

All the same, he still has his doubts on crypto even though hundreds of millions of users disagree with him.

To that end, Griffin sees an opportunity in helping institutions and investors with “portfolio allocation.” Revealing more, he says he and his team have been giving “serious consideration” to crypto market making.

Griffin rounds off by saying Citadel Securities will begin cryptocurrency market-making operations in the coming months.

“It’s fair to assume that over the months to come, you will see us engage in making markets in cryptocurrencies.”

Update 04 Mar: This article was updated to clarify the difference between Citadel LLC and Citadel Securities.