The probe seeks to determine whether Cawthorn may have improperly promoted a cryptocurrency in which he had an undisclosed financial interest. 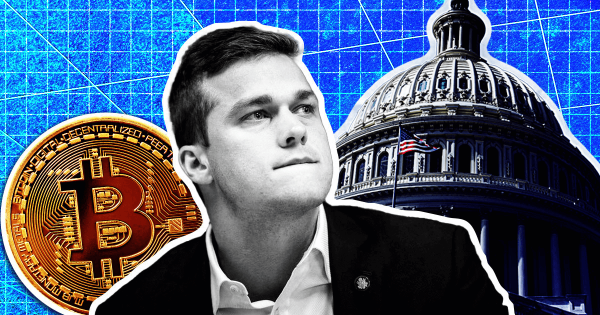 The U.S. House Ethics Committee is investigating North Carolina Representative Madison Cawthorn over the improper promotion of cryptocurrencies, the committee unveiled on May 23.

The probe seeks to determine whether Cawthorn might have improperly promoted a cryptocurrency in which he might have had an undisclosed financial interest.

Additionally, the investigation seeks to determine if Cawthorn engaged in an improper relationship with an individual on his congressional staff.

The subcommittee said the investigation had begun, but it does not mean that a violation occurred.

Previously, Washington Examiner reported that Cawthorn may have gone against federal insider trading laws after promoting an alleged pump-and-dump crypto scheme. Specifically, Cawthorn posed for a picture with James Koutoulas, a hedge fund manager and the ringleader of the Let’s Go Brandon cryptocurrency, during a party on December 29, 2021.

Let’s Go Brandon (LGBCoin) is a meme coin that sought to mock President Joe Biden. Promoting the cryptocurrency, Cawthorn posted, “LGB legends… Tomorrow we go to the moon!” on Instagramn response to the picture that Koutoulas posted on Instagram.

On December 30, NASCAR driver Brandon Brown announced that the meme coin would be the primary sponsor of his 2022 season. As a result, LGBCoin surged 75%. Brown’s statement comprised comments from Koutoulas, who had posted a picture with Cawthorn just a few hours before.

Consequently, multiple watchdogs accused Cawthorn of having prior nonpublic knowledge of LGBCoin’s deal with Brown. To this end, the regulators asserted that Cawthorn’s disclosure of owning LGBCoin warrants an investigation from the Department of Justice and the Securities and Exchange Commission to find out if he violated federal insider trading laws.

Following the accusations of insider trading, Cawthorn claimed he was the victim of a coordinated drip campaign due to declining to engage with White House colleagues in Washington. Cawthorn also claimed to have witnessed leading government officials using cocaine.