Robinhhood is being pressured to list Shiba Inu by crypto traders who believe the asset can replicate the success of Dogecoin. 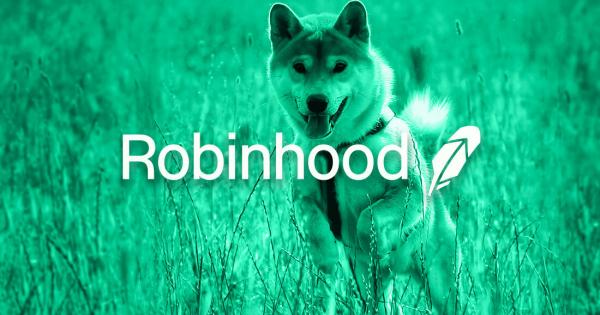 Image by Thorsten Schulze from Pixabay

Shiba Inu’s recent price surge has led thousands of the supporters of the meme coin to petition Robinhood to list the asset on its trading platform.

Available information on Change.org has shown that over 400,000 people have signed the petition to see the coin listed on Robinhood. As of press time, the number stood at 403,927.

Notably, if the petition is able to garner 500,000 signatures, it would become one of the most signed petitions on the Change.org platform.

The petition’s originator, Tristan Luke, stated that the petition “is designed to kindly request Robinhood to please list Shiba inu coin to trade.”

Luke, to buttress his point, revealed that Robinhood could replay the level of success it had with Dogecoin by listing Shiba Inu too as they are both meme coins.


In his words, “Dogecoin has been a huge success for Robinhood, and its investors. We have all enjoyed the ride. Shiba Inu is a similar meme coin with genuine potential, up 2,000% in the last weeks.”

You’ll recall that Robinhood made a fortune from its listing of Dogecoin earlier in the year when the asset went on a bull run that was galvanized by its listing on the app and the SubReddit forum WallStreetzBets.

Where can you buy Shiba?

The petition on Change.org pointed out that one of the most popular questions concerning the meme coin is “how can I buy Shiba?”

While Robinhood is still reluctant to list Shiba Inu on its platform, crypto trading platforms like Binance, Coinbase, and a smaller rival to Robinhood, Public.com all support trading the meme coin.

Shiba Inu, after weeks of bull run, is currently exchanging hands for $0.000071 and is the ninth-largest crypto asset by market cap according to CoinMarketCap.