From Russia With Love: Buterin Vs Pham in Twitter Throwdown Round 2 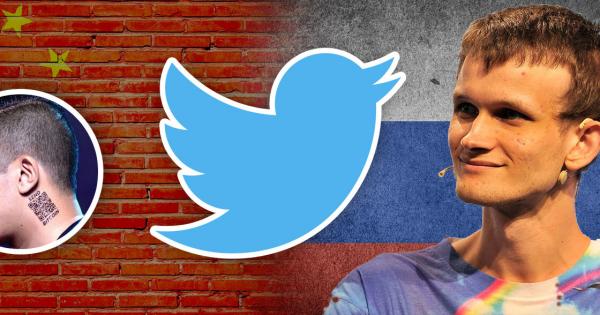 Market observer and crypto-tweeter Kevin Pham, however, appears to have decided to step into the ring with Buterin, firing an opening salvo earlier today and making a pointed implication that the Russian programmer is working in collusion with the Russian government:

Because there'll be grave consequences if he backs out of his deal with Russia. pic.twitter.com/g61NUfFFhg

Engaging the Ethereum overlord in a direct one-on-one Twitter slugfest resulted in an immediate response from Buterin, who promptly flexed his cadaverous fingers and unleashed the following riposte:

Theory: Kevin Pham is secretly paid by the Chinese to say crazy things to make the bitcoin community look like hyper-individualist insane gun nuts, thereby encouraging its replacement by centralized cryptocurrencies that the Chinese gov can more easily influence.

Who is Kevin Pham, Anyway?

Kevin Pham’s comments regarding Buterin’s potential collusion with the Russian government stem from a meeting between the Ethereum founder and the Russian state-owned development bank Vnesheconombank (VEB) in August last year, which resulted in the creation of a blockchain research center at the National University of Science and Technology in Moscow.

While Russian interest in blockchain technology is arguably more likely to be primarily focused on control rather than integration and innovation, the state is largely considered pro-crypto as a whole, with Russian President Vladimir Putin stating that “the digital economy isn’t a separate industry, it’s essentially the foundation for creating brand new business models.”

Pham does appear to be a staunch opponent of Ethereum — and Buterin in particular — as the majority of his posts over the last year have been anti-ETH in nature.

Buterin’s response to Pham’s tweets may have desultory, but the impact on Pham is palpable.

Subsequent to the exchange, Pham took to Twitter to post a series of Tweets to accuse Vitalik of corruption, criminal behavior, and racism, all of which were ignored by Buterin.

I'm not sure if you're trying to connect me with the Chinese because I'm Asian. If that's the case that'd be racist.

FWIW I'm an American citizen that was born in the states after my parents escaped Communist Vietnam.

Accusing me of working for the US gov't is more plausible. https://t.co/oEdkapFqcI

Step to Buterin, Get Burned

It’s not clear why Pham chose to engage Buterin on Twitter, but the accusations leveled at the Russian programmer are clearly somewhat ridiculous. Buterin may be many things — programmer savant, vehement philanthropist, decentralization proponent, and possible undead lich lord, but in collusion with the Russian government, he most likely is not.

Is Buterin a Russian plant? Is Kevin Pham a secret Chinese anti-crypto paid shill, or perhaps even an unknowing Manchurian candidate pawn of shadowy international cabals that seek the subversion and or destruction of distributed ledger technology as a whole?

Who would win in a cage fight between Vitalik “Skeletal Cyberlord” Buterin and Kevin “Send Me Bitcoin” Pham? Unfortunately, the world will never know.