Ethereum Surges 33% Within 4 Days, Will ETH be Able to Sustain Momentum?

ETH, the native cryptocurrency of the Ethereum blockchain network, has surged by more than 33 percent in the past 4 days, despite the expectations of investors for ETH to continue its downtrend below the $200 support level. 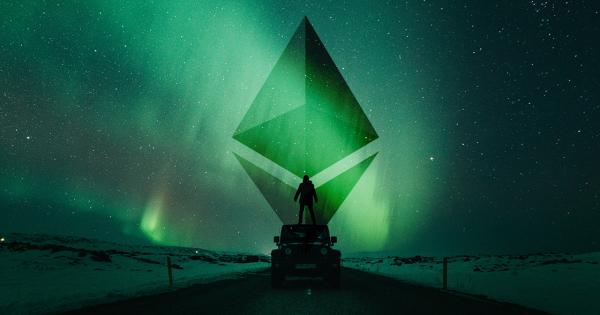 Photo by Kristopher Roller on Unsplash

ETH, the native cryptocurrency of the Ethereum blockchain network, has surged by more than 33 percent in the past 4 days, despite the expectations of investors for ETH to continue its downtrend below the $200 support level.

Since Sept. 12, the price of ETH has increased from $167 to $223, achieving a monthly peak at $227. Traders have attributed the surge in the value of ETH to the oversold conditions demonstrated by the crypto market, as shown by Williams Percent Range and a technical indicator shared by billionaire investor Mike Novogratz.

Factors Behind the Drop in ETH in September

Until Sept. 6, the price of ETH was moving in tandem with Bitcoin and the rest of the cryptocurrency market. After a major sell-off on Sept. 5, ETH lost its momentum and continued to move towards the $200 support level.

During that time, shorts around ETH achieved a monthly high, less than a month after the BitMEX 50x leveraged ETHUSD swap became the most liquid Ether / USD product. As more traders started to short ETH on major cryptocurrency exchanges like BitMEX and Bitfinex, ETH struggled to initiate a corrective rally, further declining to the mid-$100 region, which investors did not foresee.

Within two weeks, ETH lost nearly 50 percent of its value while Bitcoin recovered relatively quickly from its 15 percent drop and rebounded to $6,300. The poor performance of ETH relative to other large cryptocurrencies likely led the market to show extremely oversold conditions, pushing a corrective rally.

The downtrend of ETH throughout early September was intense and the second most valuable cryptocurrency in the market demonstrated short-term price movements that could be compared with small market cap cryptocurrencies and tokens.

The lack of volume on ETH combined with the growing volume of Tether (USDT) and other stablecoins led investors to hedge the value of ETH against the US dollar, creating a domino effect across large exchanges. The price of ETH plunged in early September due to unforeseen market behaviors, rather than specific events and developments.

ETH has shown resilience in the low $200 region and successfully broke out of the $200 resistance level, allowing investors and traders to become more optimistic in the short-term future of the market.

The majority of investors have falsely identified the cause of the drop in ETH. Many analysts claimed that ETH dropped in September and throughout the past few months due to a sell-off of ETH initiated by ICO projects deployed on Ethereum.

However, researchers at Diar discovered that Ethereum-based projects still hold more than $500 million in ETH and are sitting on top of most of their ETH reserves which they have not sold since the ICO.

“While comprehensive financials are not disclosed by many companies, the amounts that they have in their original Ether treasuries at the time of their ICO is public information. Some of the most popular and anticipated projects, most of which have yet to launch, are sitting on treasuries north of $500Mn. That’s excluding their cash on hand, as well as their own token reserves.”

Hence, in the future, if ICOs start to sell their ETH reserves on cryptocurrency exchanges, ETH could be vulnerable to another large sell-off, similar to the trend it experienced in early September.