Activity on the Litecoin network is seeing a resurgence amidst a broader bull run in the crypto markets, on-chain data metrics show. 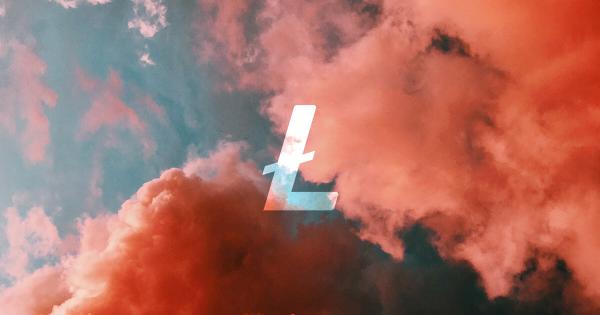 Photo by Laura Vinck on Unsplash

Activity on the Litecoin network is seeing a resurgence amidst a broader bull run in the crypto markets, on-chain data metrics show. The fundamental sentiment is similarly growing, especially as the date for a MimbleWimble implementation draws closer.

Franklyn Richards, the founder of the Litecoin Foundation, said in a tweet that Litecoin’s network activity is continuing to rise as crypto markets prepare to “breakout.”

Richards cited his previous market outlook in May when he stated Litecoin would see an “upper bound” value of $61 and a “lower bound” value of $31. The cryptocurrency traded at $46 at the time, and the predictions were made using trend analysis of on-chain data, said Richards.

“This ratio is roughly 600 Txs: 1 USD with an acceptable error drop off of around +-30 percent. Yes, that is a significant value but in relation to volatility, this would put the current Litecoin upper and lower bounds at $61 and $33 respectively,” he noted at the time.

Now, with prices over $61 and “right under” the three-year-long multi-year and resistance of $65, Richards said he is confident about a “solid breakout to the upside.” Recent market conditions — which have seen Bitcoin and Ethereum rise by at least 30 percent — help propel this sentiment, he noted.

Richards said the transactions:price ratio — which pegs asset prices based on underlying transactions — is currently “undervaluing” the network. He noted the daily network transactions had risen from “20,000/day to 45,000+/day, a drastic increase which gives us the lower, middle, and upper bounds of $52.5, $75 and $97.5 respectively.”

“We have not seen sustained network usage at this level since the beginning of 2018, the main difference being back then price was incredibly over valued according to TX:Price ratio, likely indicating that the network has adequately matured 3 years on to hold these prices.”

However, transactions can be spammed higher, indicating a flawed metric. But as activity on Litecoin has been “sustained and growing at a steady rate,” there is no imminent “cause for concern,” said Richards.

He ended that Litecoin faces two resistance levels at $81 and $140, and is “on track to revisit the triple digits once more,” if current market trends remain.

MimbleWimble on track for September launch

Litecoin’s much-awaited MimbleWimble implementation, which sees an increase in transactional speed, scalability, and privacy, remains on-track for a September 2020 rollout.

As CryptoSlate reported earlier this month, lead developer David Burkett said the team has made several design changes and “cleaned up” the code to build an end product of the highest quality.

Meanwhile, Litecoin’s “active” addresses even moved ahead of Bitcoin SV and Bitcoin Cash, the two controversial Bitcoin forks, this month.

Seems like Litecoin fanatics have multiple reasons to cheer.