Here’s why this crypto bull run may be different Samuel Wan · 2 years ago · 2 min read
This article is more than 2 years old...
News › Bitcoin › Analysis

Is there any doubt that we are in the early stages of a crypto bull run? Pick a metric, any metric, and chances are it points to that. 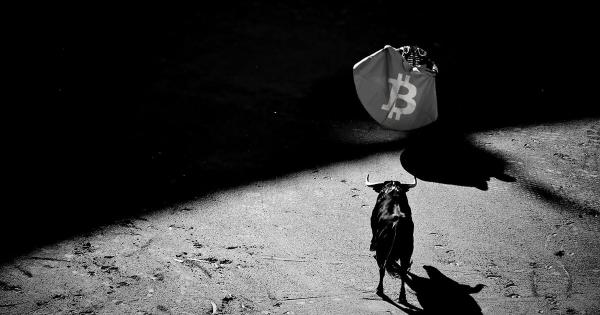 Is there any doubt that we are in the early stages of a crypto bull run? Pick a metric, any metric, and chances are it points to that.

For example, the total value locked in DeFi has never been higher. Equally, the total crypto market cap is also hovering in and around its all-time high of $1.1 trillion.

Despite the flurry of crypto noobies popping up on social media, the reality is, retail investors still aren’t here yet. At least not to the same degree as three years ago, during the previous bull run.

A look at Google Trends confirms this. Searches for the keyword “cryptocurrency” are projected to hit 56 by the end of January 2021. While this is a bullish sign, it’s still some distance from January 2018 levels.

Back then, the ICO craze and retail FOMO, often by unsophisticated investors looking to make a quick buck, drove the market upwards.

But this time around, it’s the institutional investors who are the driving force behind this bull run.

At the start of the year, PwC’s Global Crypto Leader Henri Arslanian said:

“When you look at this bitcoin rally that we have been seeing in the last couple of weeks and months, really, there’s two big elements driving it. One is the continuous entry of institutional players. But also there’s a lot of regulated players as well. This was not the case a couple of years ago.”

Why the institutional interest?

The onset of the pandemic turned everything we thought we knew on its head.

As difficult and stressful as this is to live through, the one silver lining to come from this is the flight to anti-inflationary assets, most notably to Bitcoin, which has benefited no end from a surging demand to acquire it.

This realization of being left high and dry holding only cash has the institutional investors piling in.

MicroStrategy set the ball rolling as the first public listed company to hold Bitcoin as part of its treasury strategy. Once one institution “joined the party,” others followed. This is expected to gather momentum going into 2021.

Aside from the price appreciation aspect, how this will pan out for the cryptocurrency industry is unknown.

However, having household names, such as Square, PayPal, and even JP Morgan, onboard adds an air of legitimacy to proceedings. And that’s one thing that was missing during the last bull run.