Voyager Digital has reduces withdrawal limits for users just hours after it was revealed they received a $200M from Alameda Ventures. 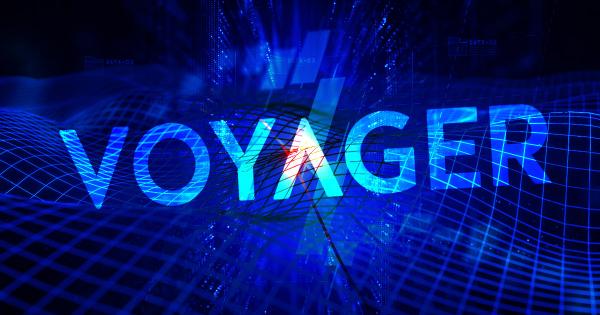 Voyager Digital recently announced a $200 million loan from Alameda Ventures amid publicizing a $612 million exposure to Three Arrows Capital. Shares in Voyager digital dropped 60% on the news of the bailout.

Users are now reporting that the platform’s withdrawal limit has been reduced to just $10,000 withdrawal per day. The previous withdrawal limit was $25,000, according to a helpdesk article on its website. The move is likely to be a part of efforts to reduce the risks of a liquidity crisis amid turbulent market conditions and its exposure to 3AC.

3AC was suffering an insolvency crisis and could not pay a $25 million default notice from Voyager, due by June 24. The inability to pay back just 4% of its debt does not bode well for its ability to repay the entire $612 million. A report filed by Voyager Digital on May 16, 2022, stated,

“The Company limits such credit risk by lending to borrowers that the Company believes, based on its due diligence, to be high-quality financial institutions with sufficient capital to meet their obligations as they come due.”

According to its recent earnings, Voyager made a $61.5 million loss in the first quarter of 2022. As of May 2022, Voyager had $3.4 billion in crypto assets and had loaned out $2.4 billion. It also holds in custody $5.4 billion in client crypto assets. With a net $1 billion in assets Voyager may be able to handle the ~$20 million per month in losses. However, a bank run on its custodial holdings could cause severe concerns for the exchange.

I tried to withdraw $95,000 from @investvoyager and move it to my bank on Friday and the funds didn’t show up.
I just checked today and my withdrawal has been rejected.
No explanation from Voyager@Ehrls15 please make this right
I believe @nickcini faced a similar issue recently pic.twitter.com/3VGoASjho3