Following the $UST implosion in May, up to $20 million in SolChicksNFT treasury funds was lost — the community was not informed. 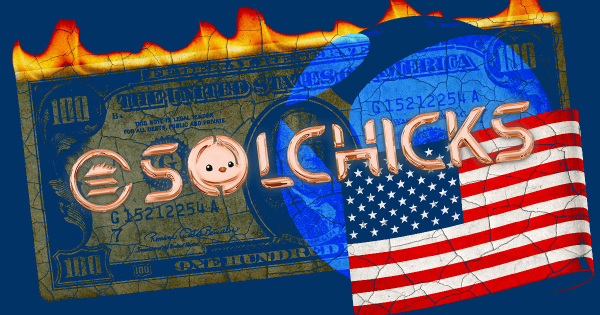 According to blockchain detective, ZachXBT, the leaked messages between Wu and Grafton detail up to $20 million in treasury fund losses as a result of the UST implosion in May.

Newly leaked messages between the @SolChicksNFT @CatheonGaming CEO and COO show the project lost up to $20m of treasury funds due to the UST implosion in May 2022 and decided not to inform the community. pic.twitter.com/srzDV19Cpr

ZachXBT sought out further information regarding the leaked messages and reached out to Grafton for comment. Concerns began to rise following Grafton’s response, explaining the company had “discussed and disclosed it with our largest private holders.”

“[We] decided that it was in the project’s best interest not to make a public announcement and risk unnecessary concern given that we still have more than 5 years of runway and we have zero leverage.”

ZachXBT voiced his own concern, stating that:

“It’s disturbing they think retail doesn’t need to know and only large investors do.”

He also explained that this response from Grafton contradicted an internal email that had been released by the company detailing “major layoffs.”

Furthermore, ZachXBT explained that SolChicks were featured in a thread he had created in 2021, highlighting concern for “deceptive marketing (undisclosed ads/using bots) and poor management.”

Update: Catheon/Solchicks responded and called me a “bad actor” pic.twitter.com/KqI3nQicIa

In the latest update, Catheon Gaming has released a tweet in response to the leaked messages “strongly” condemning bad actors that have leaked “confidential company information to generate publicity,” and has scheduled an AMA for 1 pm UTC on Nov. 16.

These actions cause real harm and make a mockery of the people working countless hours to innovate and push the industry forward.