The whitelist for SolRazr’s first IDO is now open on the protocol’s official site. 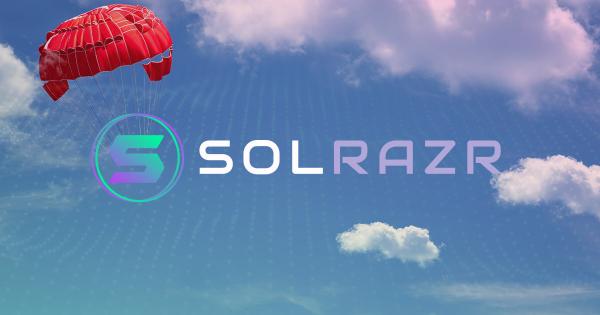 SolRazr, the first decentralized developer ecosystem for Solana offering a launchpad, an accelerator, and developer tools, is airdropping its tokens to holders and early adopters ahead of its first Initial DEX Offering (IDO) and whitelisting.

“We are thrilled to announce that the whitelist for SolRazr’s first IDO is now open on Solrazr,” the team said, adding “We want to include as many community members as possible in SolRazr’s success, and that is why we decided to do an airdrop — we are reserving 100,000 SOLR tokens!”

The #SolRazrIDO #Whitelist is now live! Andddd we have a BIG surprise for you!https://t.co/nEzIuC24ZV

The individual allocation amount is capped at $300, and supported Wallets (desktop only) include Sollet, Phantom Wallet, and Slope Finance. As such, a due KYC is mandatorily required for participation in IDO.

Disclaimer: CryptoSlate holds a financial position in SolRazr and was given the opportunity to participate in the presale of this project in exchange for news, analysis, and other types of coverage. CryptoSlate was NOT paid to publish this article.