The past few months have been rocky for the cryptocurrency market. 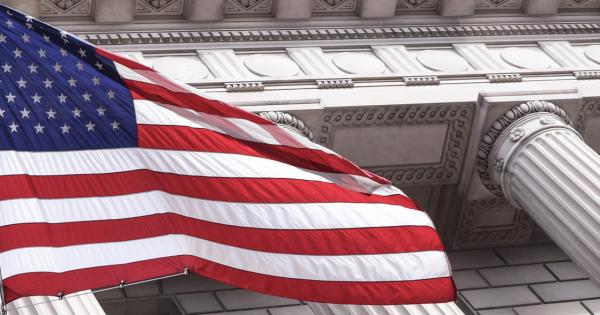 The past few months have been rocky for the cryptocurrency market. Unlike last year, it is rare that we see a day where all coins are in the green. Regardless of your opinion on this market “shift,” one thing that has not been impacted is the ICO market.

ICOs are still rolling out fast, mostly to get their offering dealt with before there are any major regulatory shifts within the cryptocurrency market.

Many people still liken the lack of certainty overall to the U.S. market alone. This is because most other countries have either accepted/rejected cryptocurrencies or taken zero action against companies that have undertaken ICOs within their jurisdiction.

Either way, it presents a fixed policy position. The SEC (and other US agencies) have taken a “maybe you are, maybe you aren’t a security” approach to cryptocurrencies within their jurisdiction.

Two weeks ago, the ICO compliance law firm known as Gresham International received a communications login from the SEC. This means they can communicate securely with the commission on matters concerning ICOs.

While the discussions are subject to confidentiality, there are a number of things that are clear which can be shared generally.

1. The SEC wants you to be registered or prove an exemption if you are selling to any U.S. citizen or resident during your primary sale (ICO).

The SEC, like other regulatory bodies, looks at the sale of tokens in two different veins:

The SEC will take enforcement action in both steps if necessary. Any rules one has in place for the primary phase also need to pass through to the secondary.

If you are selling to any United States citizens or residents, they want you to prove your exemption or register with their body for the purposes of selling a security.

Forget the idea of a ‘utility token’ during an ICO – the sale period is different to the usage period.

2. If you have conducted an ICO and no one from the SEC has come knocking yet, they will soon.

The SEC is designed to protect US citizens and under the current law, there is an ongoing obligation on those who issue tokens (or securities) to register those as securities with the SEC.

A trend has developed to outsource services to third parties, such as development, token allocation, wallet provision, etc.

The SEC looks at these third parties closer than those undertaking ICOs because of the Series 6 and Series 7 regulations relating to the sale of securities to the general public within the United States of America.

If you are using a third party to develop and distribute your tokens within the United States, you should seriously consider stopping. The principal of “renumeration” is broad and has a lot of case law behind it.

If your provider is working for commission, fees, or bounties, the chances are that the SEC will look at the third party as an unlicensed broker.

4. Their primary concern is with scams and people being ripped off

The SEC is not trying to stifle innovation – the rules were crafted to protect investors within their jurisdiction. Instead, the SEC is primarily concerned with exit scams and fraudsters.

The SEC works closely with the FBI and as we see in the news every few weeks, they will happily arrest those they believe are undertaking any kind of scam or crime.

5. There is some confusion about where their jurisdiction ends – on both sides.

The SEC is a civil regulatory enforcement agency which relates to financial securities within the United States.

Sometimes people will threaten or make comments like “the SEC is going to investigate you”.

The SEC protects on a civil front – it’s the FBI you really need to worry about.

Secondly, the SEC only has power over “interstate trade and commerce” as far as it relates to the United States of America – not the world.

Many regulatory commentators have forgotten that their charter gives them power over the jurisdiction of the United States. Not those located outside of it or generally. For clarity, that relates to 4% of the population overall.

6. The SEC is primarily here to protect citizens and residents of the United States.

Yes, there is a lot of noise about what the SEC is doing with respect to ICOs.

Over the span of a few months, the SEC has had to allocate resources, time, and manpower to a totally new issue which wasn’t necessarily a problem for them a year ago (or at least as big of a one).

The SEC is working within a grey area of law because they are not the legislature. They don’t make the laws, their job is to enforce them.

The SEC will talk to you. They will answer questions and will work with you to obtain any kind of clarity you need. They aren’t looking to trick or deceive you. With that in mind, if the SEC does start asking questions, don’t play dumb, or evasive, just be open and up front.

Regardless of your opinion of the SEC, they are working with diligence within a complicated area of the law. As time evolves and cryptocurrencies become more mainstream, their position, understanding, and actions will evolve as well.

Disclaimer: Nothing within this article is designed to amount to legal advice or the passing of communications between the SEC and any member of Gresham International. All the information contained within this article can be obtained by reaching out to the SEC.