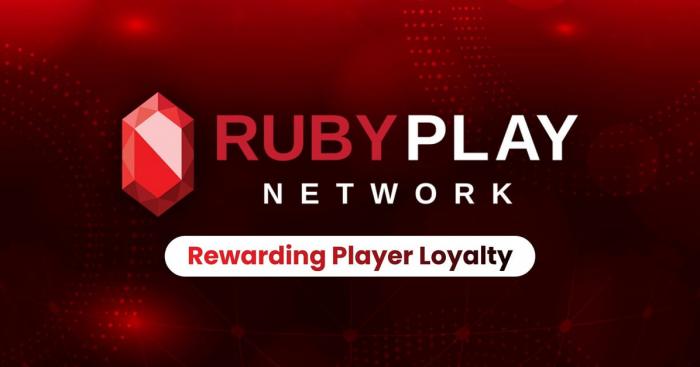 The Ruby Play Network – a blockchain gaming platform based on the Binance Smart Chain – will be further adding to its crypto gaming utility by releasing two new games; Strawberry Sweeps and PuriPets, to be rolled out over the coming weeks. These new additions to the Network portfolio, plus the already synonymous Spin2Win and Ruby Sweeper, will further increase options for gamers prior to the $RUBY token launch – scheduled for Q1 2022.

The Christchurch, New Zealand-based Ruby Play Network was created by gaming and entertainment industry enthusiasts to deliver a blockchain rewards platform offering users the opportunity to earn while they play. These come in the form of the native $RUBY token, and can be used across the Ruby Play Platform for rewards, prizes, and more to come.

The system doesn’t just focus on the players themselves. Developers are given the option to create an incentive to retain their current and new users through the economization of the $RUBY token. The network provides a service for other projects that are looking for innovative ways to retain and engage their community.

It is aimed at revolutionizing loyalty rewards often seen in traditional gaming, where players are locked into limited choices on what they are able to redeem with their points.

This innovative approach to gaming rewards has seen an initial seed round completed in full, with some of the industry’s biggest players in Binance – through its accelerator fund – and Yellow market makers. In addition, through their work with the New Zealand government and New Zealand Trade and Enterprise (NZTE), the Ruby Play Network became one of NZTEs focus companies in April of 2020. NZTE Focus companies are selected because of their strong potential for international growth

Many of the games on the network’s games are free-to-play, allowing users to earn $RUBY tokens just for playing. The concept is gaining traction in the rapidly growing blockchain gaming space, with its utility-based token rewarding players across a variety of games.

The $RUBY token for the ecosystem is built on the Binance Smart Chain, and is the retaining incentive used across all applications on the network. The token is designed to be controlled by the owner and presents transparency as they earn it.

The Ruby Play Network believes that people should be entitled to control their decisions on how to use their rewards. Through obtaining the $RUBY token, users will have the option of choosing how their rewards are spent, instead of being narrowed to specific options like other current points programs.

The newest addition that was re-released as an NFT Edition is the Spin2Win classic rewards spinner. The game allows players to spin a wheel every 24 hours for a chance to win up to 10,000 $RUBY and exclusive NFTs – from the Puripets game and NFT expert @Boomer_gm’s personal collection. The game is playable by anyone and only requires an email and wallet address respectively, and all have equal chances of winning one of the rewards.

Ruby Sweeper is a Minesweeper-based game that users are able to play with no restriction or charge, rewarding players respective of their daily high score submitted, presenting another opportunity to gain daily $RUBY.

PuriPets is an RPG currently in beta offering an exploration atmosphere where users can explore a unique game map to find Puri-Eggs, of which are hatchable for one of 1,000 exclusive NFTs. The map is procedurally generated, giving players a new experience every time they play. The game works on the Polygon network and will also be utilizing the $RUBY token.

Strawberry Sweeps is an upcoming online sweepstakes game comprising a range of classic and modern casino games for users to play on their mobile and desktop platforms. With crowd favorites including; Jack’s Wild Nightmare, Gem Booster, and Candy Cash Spin, the platform has many slots options with a series of jackpots for players to enjoy. Strawberry sweeps will be released in full over the coming weeks across multiple regions.

Ruby Play Network recently launched the $RUBY in limited beta on their US-based casino games. Planning for a full release in early 2022. The goal for the Ruby Play Network is to create a loyalty program giving players the incentive to stay engaged, as well as benefiting developers in retaining their user-base through blockchain rewards.

The combination of casino gaming with blockchain technology is a step towards the revolution of the industry. The Ruby Play Network is aiming to be at the forefront with a rewards offering for their loyal players.