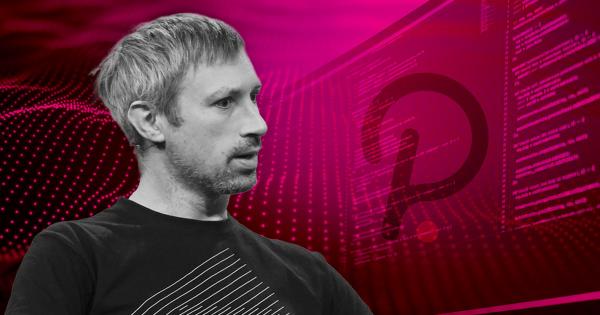 Polkadot, created by Wood, currently has 18,936,300 DOT in its treasury, which can, according to the founder, instead of being slowly burned by the protocol, fund anything that the network’s governance believes valuable.

Building, improving, educating, and beyond

“The Polkadot treasury currently has 18,936,300 DOT (DOT, not USD – do the math) in it ready to spend on *your* ideas for building, improving, educating and indeed, anything else that the Polkadot governance believes valuable,” Wood wrote on Twitter, inviting DOT holders to put forward their suggestions for furthering the network’s growth.

The @Polkadot treasury currently has 18,936,300 DOT (DOT, not USD – do the math) in it ready to spend on *your* ideas for building, improving, educating and indeed, anything else that the Polkadot governance believes valuable.

“The DOT in the treasury comes as a natural part of the network protocol. Fees, slashes and suboptimal staking configurations are all contributing factors,” the creator of Polkadot and Kusama continued to explain where the funds are coming from.

“If it goes unused, it slowly gets burned. It currently burns 239,988 DOT every month,” he added.

The network’s first parachain slot auctions are proposed to begin on November 11, as the heterogeneous multichain architecture outlined in the Polkadot Whitepaper comes close to unraveling.

DOT’s price rose more than 16% during the past 7-day period, following the developers’ announcement that Polkadot is technically ready to support its first parachains – diverse, specialized blockchains that will actualize the network’s groundbreaking multichain architecture.

Parachains will mark the last stage of Polkadot’s multi-phase launch process that commenced in May last year, with the rollout of the initial, proof-of-authority version of the Polkadot Relay Chain.