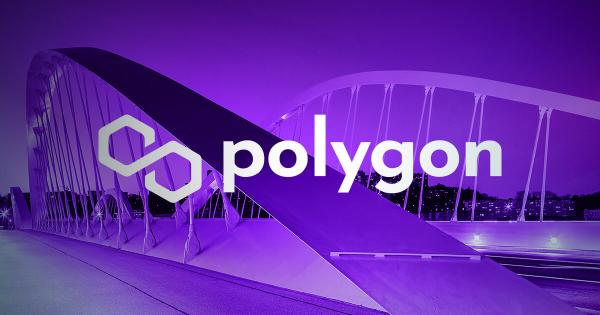 Onomy’s application-specific Layer 1 blockchain, which is built with Cosmos Tendermint, powers a hybrid DEX and Forex marketplace, a stablecoin minting system, and a non-custodial wallet.

@OnomyProtocol will be bridging to @0xPolygon!

The integration will see the deployment of the first ever DEX utilizing AMM LPs & an order book for cross-chain market, limit, and stop orders, as well as Onomy’s Forex marketplace.

On a mission to onboard the Forex market

Issued by the Onomy reserves dubbed ‘ORES,’ Denoms are the protocol’s solution for plugging Forex into DeFi.

Users are able to mint Denoms of fiat currencies they require to execute their trades by locking the protocol’s utility token NOM, as over-collateral.

Their usage, however, is not limited to Forex trading. As Onomy expands into further ecosystems, Denoms have the potential to unlock yield opportunities across DeFi.

Meanwhile, the protocol’s utility token NOM plays a key role in the Onomy ecosystem and unlocks governance rights within the Onomy DAO.

Our alliance will see a multi-chain launch of the Onomy DEX with AMM LPs & an order book for market, limit, and stop orders, alongside our Forex marketplace.

Onomy Access, or ‘OACC,’ is another key product–designed to further DeFi connectivity by simplifying entering and exiting different ecosystems.