NFT3 raises $7.5 million to introduce DIDs and NFTs to the metaverse 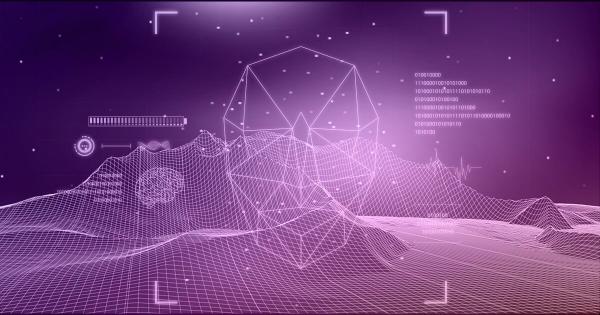 NFT3, a virtual identity network for Web3, has completed a $7.5 million seed funding round led by Animoca Brands. The round saw participation from a dozen more leading investors, including DFG Group, CMS Holdings, LD Capital, and Prometheus Labs Ventures.

The platform will use the funding to further develop its decentralized identity solutions and pair them in a novel way with NFTs, its CEO Dylan Dewdney told CryptoSlate.

The problem of verifying identities has long troubled the crypto industry and the emergence of metaverses has made this even more pressing. NFT3 is a platform trying to get on top of this issue by creating the first unified identity network for Web3.

NFT3’s Unified Decentralized Identity (DID) and Credit Network will provide users with identity across all Web3 application layers and enable personal monetization in the metaverse.

The first major use case for NFT3’s products will be validated airdropping. NFT3’s Decentralized Identities (DIDs) will solve the long-standing problem of bot-generated wallet address spoofing, enabling projects and platforms to airdrop tokens only to real users.

The potential of NFT3’s solution was recognized by more than a dozen major industry investors, with Animoca Brands, a gaming company that has been invested in CryptoKitties, Axie Infinity, OpenSea, Decentraland, and the Sandbox, leading its $7.5 million seed funding round.

Yat Siu, the CEO and co-founder of Animoca Brands, said that NFT3 has laid the groundwork for a unified identity layer in Web3. The company’s platform will provide the accrued history and actions of individuals with value across platforms, metaverses, and game contexts, he said in the company’s press release.

Dylan Dewdney, the CEO of NFT3, told CryptoSlate that DID-wrapped NFTs will be the product driving the mass adoption of Web3 products and platforms.

However, Dewdney said that the company is still early to the game and will be facing many challenges along the way.

“DIDs have only recently emerged as the accepted technical standard [for decentralized identity]. Their adoption is a tricky thing because right now they sit mainly at the protocol level and are much less user-friendly than less technically-complex alternatives such as ENS. So, the adoption of the standard is currently the biggest challenge,” he said in an interview.

Dewdney noted that the only way towards making DIDs more mainstream is not only to use them in as many protocols as possible but to pair them with NFTs. This will enable decentralized identities to have the same utility benefits as NFTs, such as staking and reputation.

He also believes that it won’t be long before the platform sees major traction—once the first users of NFT3 DIDs see the first financial benefits, “the traction will happen very quickly.”

“It will become completely necessary to have a decentralized identity to live in the Web3 and/or metaverse ecosystems the same way you must have some sort of identity to do the same in the non-virtual world.”

Disclaimer: CryptoSlate holds a financial position in NFTs and was given the opportunity to participate in the presale of this project in exchange for news, analysis, and other types of coverage. CryptoSlate was NOT paid to publish this article.