When Dan Neves started a hedge fund for cryptocurrency investors, he didn’t do it with the goal of helping the government crack down on fraud, but that’s exactly what he and his team are doing. Ironically, it started, with a cease-and-desist letter to his own company from the director of enforcement from the Texas State Securities Board, the same agency that took down BitConnect in January 2018.

Too good to be true

Neves’ hedge fund, Investors of Crypto (IOC), is still young and just started this year. Neves was doing his best to be legally compliant despite occasionally murky laws governing cryptocurrency investment. However, when he received a letter from Joe Rotunda, Director of the Texas State Securities Board’s Enforcement Division, he learned otherwise. According to the letter, he’d committed a violation he wasn’t even aware of, placing the credibility of IOC in danger.

Neves met with Rotunda to discuss the letter and communicate that he was in fact legitimate. Neves volunteered that he would send any bad actors in the investment space to the Texas State Securities Board since he encountered a lot of shady offers as a hedge fund manager.

Around April of this year, Neves had his first opportunity to help.

He was approached by a company called DigitalBank, which markets itself as “the Fort Knox of crypto banking.” On its webpage DigitalBank claims 100% security for digital assets stored with its service and that its impossible to lose data due to user error, and guarantees lifetime access to your digital currency.

To the untrained investor, DigitalBank might seem legitimate. But when someone from the company reached out to discuss using his hedge fund to transfer money from investors to DigitalBank, Neves was convinced it was too good to be true. During his interview, he disclosed,

Instead of cutting them off, Neves strung them along. He contacted Rotunda to inform him about the suspect business, then developed relationships with people at DigitalBank in order to build up a stockpile of correspondence and evidence of illegal practices, mostly through DigitalBank’s Telegram group, according to Neves. Eventually, he had enough evidence for Rotunda to issue DigitalBank a cease-and-desist order.

Since then, Neves joined a Telegram group of other CEOs in the financial space for the purpose of trading information about potential bad actors. He also uses it to dispense advice to the other members on keeping their own businesses compliant with the Securities and Exchange Commission’s (SEC) requirements. So far he’s been able to pass along evidence against several other companies to Rotunda, which are currently being investigated.

Neves said during the interview that the process of evidence-gathering takes time, and that he wants to be sure of what he has before taking it to Rotunda. He noted:

“If I’m gonna hand him something, I want it to be a slam dunk for him.”

If not approached directly by a company he knows is suspect, Neves will adopt a persona and strike up a conversation to draw them out. Neves said:

“I’m not always Dan Neves, CEO of Investors of Crypto. Sometimes I’m a good ol’ boy from Alabama, you know, an oil tycoon or something.”

Neves is on a personal mission to bring accountability and transparency to an industry that can be sorely lacking in those areas, and the work with Rotunda is his way of putting his money where his mouth is. During the interview, he expressed an outright disgust with people who would commit the kind of fraud DigitalBank could’ve pulled over on its investors if they weren’t brought onto the SEC’s radar.

“There’s a lot of predators out there. And I think its evil that not only could they take someone’s money, they set other people up to be on the hook and those people lose everything as well. When he finds them, we’re gonna come down the hill like a mountain and grab those fraudsters by the throat.”

Neves said he’s well aware of how its “possible for the average Joe to make money in crypto, but its also possible for them to lose everything overnight,” and that he wants to keep that from happening with new, possibly naive investors by hunting possible scammers.

Fraud-hunting is part of that work, but Investors of Crypto is also working toward that goal in other ways. Thanks to Neves’ efforts, Rotunda has agreed to sponsor IOC in its efforts to become an SEC/FINRA licensed broker/dealer. By becoming licensed, the business gains credibility, and hopefully lends some of that credibility to the industry as a whole, according to Neves.

In email correspondence between the two of them provided by Neves, Rotunda said Neves was “literally acting as the first line of defense in the pursuit of investor protection,” and that his evidence “may well have saved an untold number of people from falling victim to fraud.”

As for the immediate future, Neves has plans to attend cryptocurrency gatherings and conventions like the upcoming Token Forum event in Seattle this November to speak on the subject of building trust and transparency in the world of cryptocurrency investment. 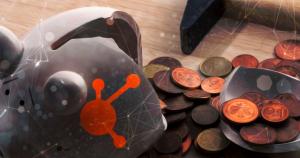 John Bogna is a freelance writer and journalist with seven years of experience covering everything from arts to tech.

A hybrid investment firm for the blockchain

Investors of Crypto (IOC) is a group of dedicated investment professionals providing an innovative and efficient financial solution for all investment needs. IOC is a filed hedge fund with the Securities Exchange Commission. IOC operates under SEC regulation D exemption 506(c) which allows them to comply with United States regulatory standards. Learn More ➛