Hyperledger announced it has accepted eight new members and launched a new project focusing on new infrastructure for decentralized identity, including the Ethereum Foundation and Microsoft. 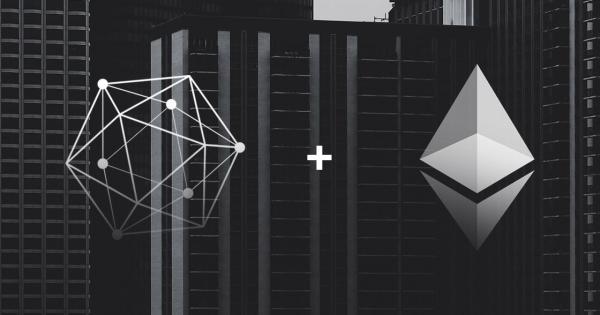 Hyperledger announced it has accepted eight new members and launched a new project focusing on new infrastructure for decentralized identity, including the Ethereum Foundation and Microsoft.

The Ethereum Foundation is proud to lend our support to the efforts of both the @EntEthAlliance and @Hyperledger through our membership today. Together, we'll continue to drive forward #Ethereum's progress and adoption.

Gloscad, Microsoft, Milligan Partners, Nornickel and Salesforce have joined as general members and China Academy of Information and Communications Technology (CAICT), Ethereum Foundation and GS1 US are now associate members.

“The mix of blue chip technology companies, international organizations, logistics and manufacturing players and academia that have joined us from point around the world show the widespread interest and investment in open source enterprise blockchain technologies. This broad-based involvement is what drives our expanding portfolio of open source projects, which are fully conceived, developed and advanced by the ever-growing Hyperledger community.”

Hyperledger Aries is the second project to spin off from Hyperledger Indy after Ursa. Ursa provides a library of advanced cryptographic operations consolidated from other Hyperledger projects and Aries continues the work of Indy to provide a protocol for decentralized identity.

According to its announcement, the intention of Aries is to:

In reference to the diagram below, Drummond Reed, Chief Trust Officer at Evernym explains how Aries differs from Indy:

“When it first began, the Hyperledger Indy project included code for all three of the lower layers…This was very powerful, but also somewhat overwhelming for new developers. And it gave the impression that layers 2 and 3 were tied to the Hyperledger Indy permissioned blockchain code at layer 1.

Separating out layer 2 and 3 code into a new independent project brings clarity to the fact that the goal of this four-layer stack is universal interoperability among all SSI ledgers, agents, wallets, verifiable credentials, and governance frameworks.”

Hyperledger is both a collaborative effort to develop cross-industry, open source software and a collection of frameworks and tools for developing blockchain applications for the enterprise. Hosted by the Linux Foundation, the venture currently consists of 13 projects, including the recently-announced Hyperledger Aries.