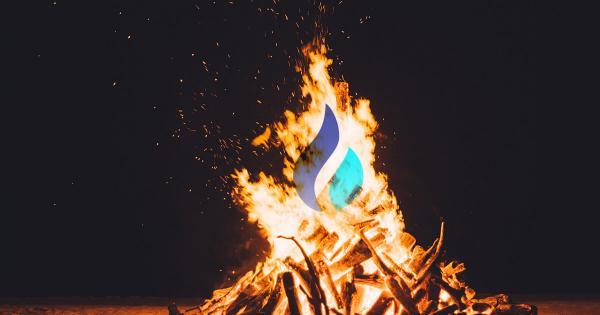 The Singaporean exchange reports a strong quarter of trading, with continued growth across its spot and derivatives market. The latest burn brings the total HT burned to over 30 million, removing 13.8 percent of circulating supply from the market.

Many exchanges operate a buyback and burn system for their tokens, in an attempt to drive demand by limiting the supply. For the preceding two quarters, Huobi has burned more tokens that its biggest competitor, Binance.

In Q2 this year, Huobi burned $53.6 million worth of HT, compared to $23.8m BNB. Now that the Q3 results are in, Binance has narrowed the gap by burning $36.7m in BNB, but still over $3m less than Huobi’s third-quarter buyback.

“The continued growth from Huobi’s token burns reflects the community’s active participation and optimistic outlook for our efforts to provide users with new services, lower fees, and a secure platform to trade on.”

A Busy Year for Huobi

The success of the burn reflects a solid three months of trading. Weng points to the platform’s newer offerings as being strong drivers of growth. Huobi has indeed been extremely active in releasing new programs and services for its users over 2019.

In March this year, the exchange launched its Initial Exchange Offering (IEO) platform, starting with a sale of the TOP token. Since then, it has conducted five more successful offerings in almost as many months. The IEO has proven to be a surprise hit in blockchain crowdfunding this year, so Huobi made a timely entrance to the space.

In June, it launched Fast Track, a service that enables Huobi users to use their HT to cast votes on which tokens should become listed on the exchange. The incentive for users was that their staked tokens would be exchanged for the newly listed ones at a discount on the market rate.

Huobi has also introduced a limited-time VIP fee structure called All-Stars, designed to provide the lowest trading fees to those who trade the most on the exchange. This comes alongside the launch of a derivatives trading platform, Huobi DM, and an OTC market.

However, these developments come at a time of intense competition between cryptocurrency exchanges. Binance has also now ventured into the futures market, and most recently, confirmed it would offer some of the highest leverage in the sector. Next year, Digitex futures exchange is set to offer zero-commission trading. Many exchanges, including Bittrex, Bitfinex, and KuCoin, also now offer IEO platforms.

Huobi has pledged its commitment to the Turkish crypto community in a big way, announcing a slew of initiatives at last week’s Eurasia Blockchain Summit.

Chinese crypto exchange Huobi will make its first foray into a physical product with the launch of its sixth token offering on IEO platform, Huobi Prime.