CryptoSlate talked to Luczynski about the future of NFTs, HoDooi’s recent growth spurred by bridging to Cronos, as well as what’s on the roadmap for 2022. 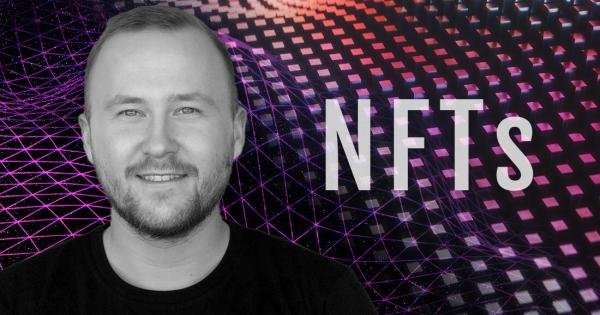 The one-stop-shop NFT platform debuted with its Tyson Fury collection back in July, and CryptoSlate caught up with HoDooi’s founder and CEO to discuss some of the most notable milestones achieved since, as well as what’s on the agenda for 2022.

One of the first successes Luczynski singled out was the partnership with GoldStar Promotions, which led to the release of ‘Lineal’ by Tyson Fury. The NFT was sold at auction for $987,000 and became one of the highest bidding sports NFTs of all time.

One of the highest selling sports NFTs ever! @Tyson_Fury 🥊

The crypto exchange’s venture arm–Crypto.com Capital made a strategic investment in HoDooi back in June.

Funding aside, teaming up with Crypto.com also meant collaboration on integrating support for the Crypto.org Chain.

As the first Cosmos EVM chain for DeFi, NFTs, and metaverse, Cronos was built to scale the decentralized application ecosystem.

“Ever since the recent announcement of HoDooi’s bridge to the Cronos chain, the community has grown on all social media platforms,” said Luczynski.

“This latest development has gotten the current HOD community excited about our future but also ones that have recently discovered HoDooi.com,” he added.

Project Update for the #HODArmy

“As a result of the bridge, the HOD token reached an ATH this month,” Luczynski said while mentioning some of the most notable partnerships made in 2021, including GoldStar Promotions, Plogix Art Group, ASS Finance, The NFT Agency, LitPic, Black Eye Galaxy, Phantasma–with SafeMoon joining that list recently.

We are happy to announce our Strategic Partnership with @SafeMoon $HOD now available on https://t.co/44TKGMb9Dj

Talking about the future

“NFT will be the key to unlocking Web3,” said Luczynski about where he sees the future of NFTs.

NFT’s could be “the key that would allow the owner to experience exclusive virtual worlds or locations in the metaverse–these could also include festivals and events within the VR world,” he explained, adding that an NFT could also “serve as a deed to a virtual space or property.”

“Virtual reality is already huge in the cryptocurrency space, due to the boom of owning digital assets fueled by NFT’s,” he said, mentioning that platforms are already developing ways to showcase these through mimicking reality in various ways such as virtual art galleries.

Luczynski also referenced their role in the context of GameFi, saying that “the ability to equip an NFT a player has purchased in a play-to-earn game gives users not only a new but more personal gaming experience in a way that hasn’t been done before.”

As for HoDooi’s future–a roadmap for 2022 is all about growth.

Beta App testing for both iOS and Android is on the list of major plans for the next year.

According to Luczynski, the introduction of ​​multi-cryptocurrency payment options, as well as fiat integrations on HoDooi.com will be accompanied by a strong mainstream marketing push.

And last, but not least, he teased additional HOD token use cases.

Disclaimer: CryptoSlate holds a financial position in HoDooi and was given the opportunity to participate in the presale of this project in exchange for news, analysis, and other types of coverage. CryptoSlate was NOT paid to publish this article.