Exploring the Hidden Regulation of Cryptocurrencies

For those of us who have been working in the cryptocurrency market for some time, we have come to both respect and loathe the legal and compliance minefield that has been created from governments trying to manage the astronomical rise in cryptocurrencies and ICOs over the last twelve months. 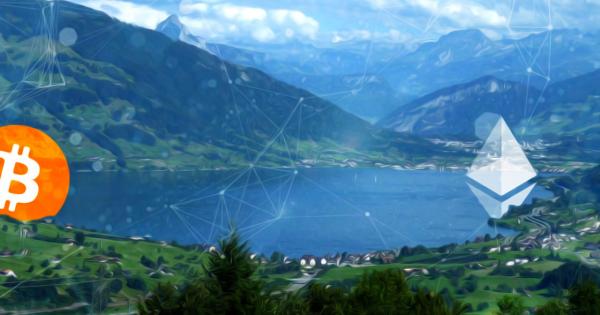 For those of us who have been working in the cryptocurrency market for some time, we have come to both respect and loathe the legal and compliance minefield that has been created from governments trying to manage the astronomical rise in cryptocurrencies and ICOs over the last twelve months.

This “war” is seeing battle-lines being drawn not only on an international level between country to country, but also on a state,  and even in come cases a city level.

There are a few ways in which a new cryptocurrency (during its ICO) and even the existing heavy coins can be used with minimal to no interference from national government.

After all, it is widely understood that the whole decentralized nature of cryptocurrencies is to put the power of transactions into the hands of the people and move it away from governmental and financial institutions.

This being said, there is and always has been a second sub layer of regulation which has managed to ensure that all cryptocurrencies have been subject to regulation in some way or another.

Money laundering rules are probably the biggest example of problematical regulation. Whether or not you live in a jurisdiction that requires the payment of taxes on cryptocurrencies, you will at some point want or need to exchange those currencies into fiat-based money.

In July of 2017, the European Commission proposed new AML laws specifically targeted towards the use of cryptocurrencies. So what does the change actually entail? A commission official has said,

“It means that the banks and different operators which are defined in the AML rules will have to do due diligence to check where the money comes from and where it goes.”

In essence, this means that exchange platforms and wallet providers would have to perform “extra checks” if large amounts of digital currencies were moving in and out of “shady countries.”

Although the dream is ultimately to be able to pay for everything in cryptocurrencies, the reality is that at some point, to use the coins you have accumulated, you will need to revert back to your national currency.

To deposit that money, you will of course need a bank account. All bank accounts require some level of monitoring to prevent money laundering from taking place. Although money laundering rules and laws are aimed at those trying to filter illegal funds back into circulation, these rules have a dual effect of actually monitoring those who are using cryptocurrencies.

Every new bank account requires proof of identity; gone are the days of bank accounts tucked away in European mountains with little to no information about who opened them. Banks are now under an international obligation to monitor funds, and in some countries, to question where the funds originated.

Company registration laws are also impacting the way that a number of ICOs are undertaken. Although every nationality has its own different rules and laws on company formation, much like opening a bank account the founders will still need to provide detailed personal information (even if undertaken through a nominee who will still have to hold that information).

There are some jurisdictions which chose not to publish this information. However, every jurisdiction will continue to need to keep a record of who owns the company in order to be able to transact business on its behalf.

After all, the national or local government will want to be able to track down the owner for non-payment of funds or for not following return or compliance rules.

Much like AML, these laws now have a huge impact on the cryptocurrency community.

Up until now, this had only impacted those working crypto (such as conducting an ICO or running a fund). After January 1, 2018, it is likely that as a result of the new U.S. tax laws, a large number of individuals will be moving their crypto into corporations outside of the USA.

These laws have the dual effect of monitoring those conducting cryptocurrency activities and allow, to some extent, the government and third parties to monitor those who are conducting activities within their jurisdiction.

With the rollout of FACTA, banks all over the world (including those in offshore jurisdictions) are now legally obliged to communicate with one another.

This includes information such as who owns the account, funds, transfers, and holdings elsewhere in other bank accounts. It is for this reason that a number of banks will actively block transactions from one bank to another bank that does not have an owner’s name attached to the bank account.

This means if you do happen to be fortunate enough to hold a bank account in a “secretive” jurisdiction, using the account will likely prove problematic in your home state.

It has long been a myth that cryptocurrencies are not subject to any laws controlling their existence or use.

While many focus on the laws surrounding initial coin offerings, that same constituency has missed the obvious examples of laws and regulations one encounters when trying to use cryptocurrencies in business or in day-to-day life. This misunderstanding is happening at the same time as we see the mainstream adoption of cryptocurrencies.

While it’s true that there are possibly some areas of the world where one could operate fully under the radar, the reality is that for 99% of cryptocurrencies investors will encounter one or more of these sets of laws (if not more).

These laws have originally been designed to stop criminals using, transferring, or filtering funds. However, they now have the added impact of catching those looking to simply participate in, what most of us believe is, the future.

The warning here is please do not believe that legislation only impacts those conducing initial coin offerings. It is imperative that anyone using cryptocurrencies understands the exact laws and regulations which impact you, especially in your home country or state.

This upcoming year will be interesting to watch as states, countries and government jurisdictions figure out how to protect consumers and prevent illegal activities, but also allow FinTech to continue innovating society.