Observers expect the Merge to happen in September, while skeptics believe that the upgrade could still be met with more delays. 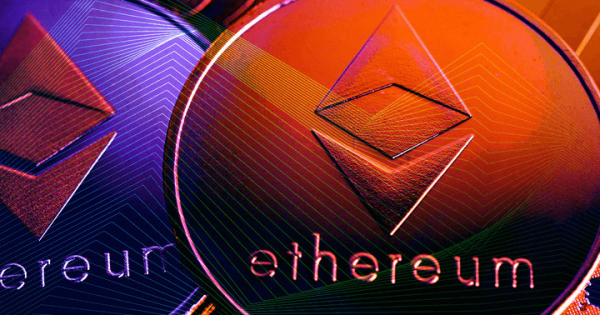 Ethereum (ETH) developers picked a mid-September target for when the Merge will happen during a conference call on July 14.

The developers discussed the steps needed before the Merge could happen, and Tim Beiko, who organized the meeting, recommended September 19.

This merge timeline isn't final, but it's extremely exciting to see it coming together. Please regard this as a planning timeline and look out for official announcements!https://t.co/ttutBceZ21 pic.twitter.com/MY8VFOv0SI

However, the date isn’t a hard deadline and only serves as an unofficial roadmap.

One of the project developers, superphiz.eth, tweeted that the date should be treated as a “planning timeline,” adding that the community should still “look out for official announcements.”

The September 19 suggestion does not surprise many observers who expect the Merge to happen around that period.

But some people are still skeptical about the date and expect another delay. A Twitter user sarcastically mentioned how there was no mention of the year and predicted the Merge won’t happen until 2050.

Note how @benjaminion_xyz does not mention the year. See ya in 2050!

While debating whether to delay the Ethereum time bomb, some developers called for a hard deadline. But Beiko pushed against this, claiming that the team was under immense pressure already.

Beiko previously said the Ethereum merge would occur between August and November unless a significant event prevented it.

Ethereum co-founder Vitalik Buterin said something similar. According to him, the Merge will happen in August if there are no problems. But it can also occur in September or October.

While the actual date of the Merge is not set in stone, other network upgrades are happening as planned.

Ethereum Shadow Fork 9 recently went live. According to a DevOps engineer at the Ethereum Foundation, Paritosh, the developers mainly tested updates and releases on the Sepolia hard fork with “a more intensive network.”

The Shadow Fork 9 happened on July 14, earlier than predicted. Paritosh said this was because of “a minor spike in hashrate that sped up things a bit” and the calculation error of the developers estimating the time.

There have been no glitches since the Shadow Fork went live, and it sets the stage for the Goerli testnet Merge. Goerli would be the last testnet merge before Ethereum’s mainnet switches to a proof-of-stake consensus mechanism.