After a turbulent year, Digitex Futures unveils plan to become a DAO

Digitex Futures made the headlines on several occasions this year, and not always for the right reasons. 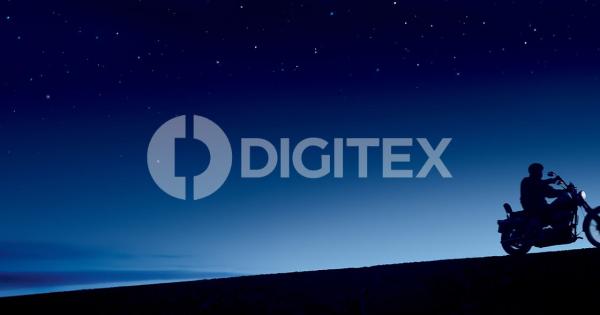 Digitex Futures made the headlines on several occasions this year, and not always for the right reasons. Recently, the commission-free Seychelles-based futures exchange with plans to overtake BitMEX announced ambitious plans of becoming a DAO, according to CEO Adam Todd.

Don’t miss this surprise video update by @realAdamTodd where he explains that #DigitexFutures is converting into a #DAO! ? ?The #Exchange will be community owned and will benefit #DGTX holders & traders! Check it out: https://t.co/bgWJp4yul2

What Is a DAO?

A DAO, or a decentralized autonomous organization, is an organization that uses the blockchain to mitigate the need for a corporation or employee hierarchy. Instead, holders of a token in a DAO typically decide on matters of governance through voting via smart contract.

Like Bitcoin, which removes the middleman in payments, a DAO is meant to do the same for any area of business which has repetitive functions, such as paying salaries and suppliers. A DAO behaves like a company with digitally enforced rules.

Not many companies have managed to decentralize their organizations, yet, but smart contracts are seeing increasing adoption, especially for reducing repetitive tasks. For example, JPMorgan is planning to preprogram a myriad of back-office tasks using smart contracts.

The announcement from Todd is a step forward in governance, but it also exposes the organization to additional risk should there be a vulnerability in the smart contracts or a breakdown in governance participation.

The DAO hack was a learning moment about smart contract lifetimes, and how to bake software maintenance & upgrades into SCs.

A DAO, not the DAO

If that acronym sounds familiar, it’s because “The DAO” was a disastrous hack caused by a loophole in a smart contract soon after Ethereum’s launch. An opportunistic miner was able to drain roughly $60 million from The DAO, which later by vote, resulted in Ethereum splitting from Ethereum Classic in 2016.

Yet, the Digitex CEO seems unfazed by the potential security complications around DAOs. In his video update, he reassured the community that “times have moved on from then,” and that the technology is “pretty much bullet-proof.” Whether the market will react in the same way to these risks is another matter.

The transition from corporation to DAO

Ownership of Digitex Futures will be transferred to the community over the next five years, with Adam Todd relinquishing 80 percent of his equity ownership in Digitex Ltd to further decentralize governance by blockchain.

On Oct. 1, 2019, Digitex will create one billion new tokens, the DigiDAO token (DGDAO). These tokens represent equity ownership in the exchange and will be locked into a smart contract and released on a daily basis to DGTX holders over the next five years.

Unlike an STO, these tokens are not being sold but instead dealt out to DGTX holders in proportion to the number of tokens owned. The only caveat: holders must keep their DGTX in their account on the Digitex exchange. That said, there is no lock-up period and depositors can withdraw their tokens at any time.

The Digitex community has continued to wait for the organization to fulfill its promise of actually launching an exchange. The transition to the DAO appears to add even more complexity to the already difficult task.

By transferring all voting, governance, and ownership rights to the DGDAO token, the DGTX token will likely be a security in the sense that it entitles owners to the future cash flows of the exchange, but the decentralization of the project may insulate Digitex from litigation.

Additionally, by encouraging traders to hold DGTX in their accounts over five years to accrue DAO tokens, the supply is consequently restricted, which should result in a higher value for the coin. As noted in the addendum on the Digitex website:

“Demand for DGTX from investors who are attracted to this daily dividend will compete with demand from traders who must own DGTX to trade on the exchange’s futures and spot markets, creating increased competition for DGTX.”

Competing in the highly competitive exchange market against incumbents such as BitMEX is an ordeal. Whether the company’s bet to transition to a DAO will reassure investors and help the company build its reputation is highly uncertain. The litmus test will be whether Digitex will finally be able to launch its exchange.