Crypto mom says slow progress is being made by the SEC Priyeshu Garg · 3 years ago · 2 min read
News › U.S.› Regulation

SEC Commissioner Hester Pierce, whose benevolent attitude towards crypto earned her the nickname ‘Crypto mom’, shared her thoughts on the current state of the crypto industry in the United States and the effect a slow regulatory response has had on the sector. 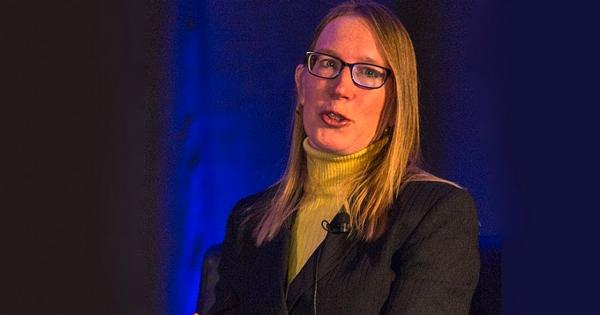 SEC Commissioner Hester Pierce, whose benevolent attitude towards crypto earned her the nickname ‘Crypto mom’, shared her thoughts on the current state of the crypto industry in the U.S. and the effect a slow regulatory response has had on the sector.

Proud to be embraced by the crypto community

The U.S. has notoriously been slow to adopt meaningful crypto regulation, which has been an ongoing problem seriously stifling the development of the nascent sector. The U.S. Securities and Exchange Commission (SEC), the main securities regulator in the country, is focused on the risks brought on by the new asset class and is overlooking the problems such a stance brings.

However, a beacon of light in the unfriendly agency is Commissioner Heather Pierce, whose benevolent attitude towards crypto and calls for Bitcoin ETFs earned her the moniker ‘Crypto mom.’ A favorite in the growing crypto community, Pierce is known for not sugar-coating the reality the industry faces in the U.S.

Pierce was the keynote speaker the Solidus Lab Digital Asset Compliance & Market Integrity Summit (DACOM) held in New York on Sept. 26. The summit offered the crowd of nearly 200 compliance professionals an hour-long opportunity to ask Pierce questions, demystifying the decision process that goes on in the SEC.

During the Q&A segment, she addressed the attention she received from the crypto community, saying it’s been an honor to be adopted by “a group of people thinking in original ways really trying to change the world.”

The U.S. losing its technological edge

The former Vice Chairman of NASDAQ, David Weild, asked Pierce about the effort she put into the SEC to speed up new regulations, saying a lack of progress was making the United States “significantly less competitive.”

Pierce agreed that the SEC’s lack of activity was damaging to the U.S. crypto market and said there were a few ways the commission could solve the problem. She said that the commission was lacking “people from the outside,” which could bring a wind of change into the agency. However, hiring people for a U.S. government regulator proved to be harder than it looks.

She also said that both investors and the SEC need to have their expectations balanced. “If you demand more leeway, you can’t come blaming the government,” she told the Summit.

The idea that risk and opportunities are all part of investment protection is considered a radical idea in the SEC.

“We tend to look at each product and say ‘this is really dangerous.’ Most people have portfolios. Maybe they want to balance safe assets by some crypto?”

However, Pierce added that the store of value function of digital assets shouldn’t be dismissed.

“I do think that we’ll see as technology changes, that they become much more the money of the internet,” she said.

The rest of the SEC has a “wide range of views” on what the new asset class should be called, she explained.