Binance admitted to leaking sensitive customer data through a third-party vendor which the exchange contracted in late 2017. 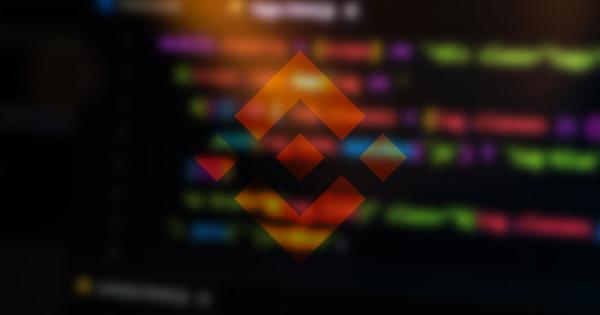 Binance admitted to leaking sensitive customer data through a third-party vendor which the exchange contracted in late 2017. Although the investigation is still ongoing, the crypto exchange announced it will offer free lifetime VIP memberships to all affected customers. Nonetheless, it seems the price of BNB plunged in response to the admission.

Following the announcement the market reacted with Binance Coin’s price dropping nearly 10 percent. And, BNB may be bound for further retracement.

Despite the negative reaction the market had in response to the KYC data leak, Binance continues to maintain a strong reputation among cryptocurrency exchanges. The firm announced yesterday the launch of a lending platform that will offer up to 15 percent annualized interest for BNB and other crypto-based instruments.

Recently, CEO Changpeng Zhao revealed that it will introduce a dedicated version of the cryptocurrency exchange in the U.S. later this year. Another bold initiative from Binance, Venus, intends to develop localized stablecoins internationally to compete with Facebook’s Libra.

Nonetheless, Binance Coin could still have more legs down. Based on the 1-day chart, with the recent drop to $24.62, Binance Coin seems to be on its way to test the support given by the 200-day moving average. In fact, the TD sequential indicator is currently on a red seven, signaling two more days of downward momentum before a buy signal is given by this technical indicator.

If BNB is indeed bound to test the 200-day moving average, this will be the first time that it hits this support level since its bull rally began in early December 2018. Even though the strength of this moving average has not been tested in months, it could serve as a buy zone for investors since it could rebound the price of Binance Coin.

Moreover, a bullish divergence between the relative strength index (RSI) and the price of BNB is forming under this time-frame. Divergences occur when an oscillator such as the RSI disagrees with the actual price movement. Thus, an RSI making a series of higher lows while prices are declining is indicative of an improving trend, suggesting a higher probability of a trend change.

If buying pressure behind the cryptocurrency increases it would validate the bullish signals mentioned. Thus, a combination of the buy signal that the TD sequential indicator gave in the next two days, with the RSI divergence, and a rising volume could take BNB back above the 100-day moving average. A move above this moving average could be seen as the beginning of the continuation of the bullish trend.

Nonetheless, if the 200-day moving average fails to hold the price of Binance Coin, then a further drop to around $20 could happen.

Binance Coin looks fundamentally strong despite the data leak. Binance’s solid progress stimulating adoption and developing new technologies around its exchange have been key factors in the success of BNB. Not only that, Binance has continued to find ways to give BNB utility while increasing its scarcity, further pushing price growth.

Although BNB corrected 38 percent from its June 22 all-time high of $39.60, now it could have the potential to rebound and make higher highs. As seen on the 1-day chart, it seems like a number of technical indicators are converging, signaling that an upswing is underway.