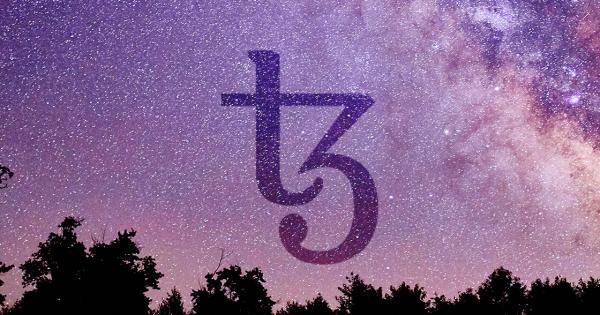 Tezos is a delegated proof of stake blockchain that governs itself by establishing a true digital commonwealth. It facilitates formal verification, a technique which mathematically proves the correctness of the code governing transactions and boosts the security of the most sensitive or financially weighted smart contracts.

At the moment, Binance users can start depositing Tezos in their accounts. However, XTZ will be open for trading on the platform as of Sept. 24 at 11:00 AM UTC. The token will be listed against three trading pairs, including Bitcoin (BTC), Binance Coin (BNB), and Tether (USDT).

The move comes after Coinbase added Tezos to its retail platform and as well as its advance trading exchange, Coinbase Pro, last month. Both companies will provide market access to XTZ for millions of retail investors distributed in different regions around the world.

Thus far, Tezos’ market valuation surged nearly 11 percent after the announcement was made, but several technical indexes are showing signs of a further increase.

Based on the TD sequential indicator, Tezos is on a green three, which comes as a confirmation of a bullish signal (in the form of a red nine) that was previously presented by this index on the 3-day chart. Now, this cryptocurrency has the possibility for another five days of bullish momentum or the beginning of a new countdown.

Up to now, it seems like the odds are in favor of a continuation of the uptrend. Not only the buy signal given by the TD sequential indicator was validated, but the moving average convergence divergence (MACD), which is commonly used to follow the path of a trend and calculate its momentum, could be about to have a bullish crossover.

Tezos addition to Binance comes after a year since this cryptocurrency became mainnet. As the Tezos Foundation continues issuing request for proposals (RFP) for its next cohort of ecosystem grants, the Tezos protocol is becoming more robust.

Earlier this year, the Foundation was able to close a multi-million dollar deal with Latin American bank BTG Pactual and asset manager Dalma Capital to help them issue security token offerings (STOs). It remains to be seen the further developments made on the Tezos network that will allow it to power a range of decentralized applications and become more valuable.