Leveraging Solana’s blockchain technology, this one-stop booking platform is designed to directly connect musicians and artists with venues and fans. 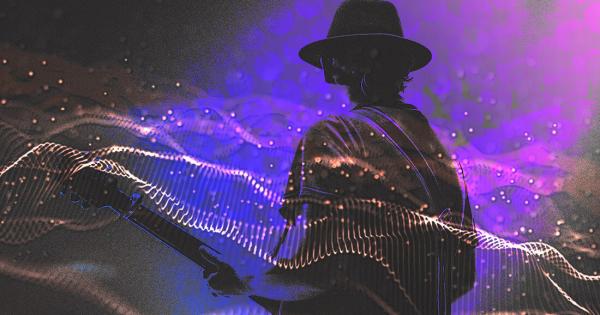 GIGCO is a brand-new blockchain music platform built on Solana that introduces instantly deployable gig contracts–poised to shake up and decentralize the live music industry.

CryptoSlate talked to GIGCO Co-founders Ben Kindlan and Frank de Vrijer, who explained how this new trustworthy booking protocol will allow artists to take full control and ownership of their music, gigs, merch, tickets, and NFTs

Ben and Frank revealed all you need to know about the disruptive project ahead of the GIGCO app launch, which will hit the app stores in March.

“GIGCO is the music community empowered”

The two co-founders met while traveling in South-East Asia. Settling in Laos they set up a chain of venues. As venue owners, they discovered a supply-chain issue for venues wanting to connect with artists.

“Ben had experienced the same problems as a professional musician,” said Frank, explaining how this realization that both venue owners and musicians were faced with the same connection problems prompted them to find a solution.

“As Frank was running a web development business, a tech solution was going to be the answer and the idea of GIGCO was formed,” added Ben.

Currently, the team is 10 full-time members, however, GIGCO is a rapidly growing and ambitious project.

“We expect the team to expand in both aspects of the business–app development/crypto and the IRL applications,” the co-founders told CryptoSlate, mentioning that GIGCO recently hired a new CTO, who will be coordinating with the leadership team and helping achieve their roadmap goals.

With over 30 years of experience in large, complex tech companies, Tris Simpson also brings his extensive experience in the banking sector to the team, the co-founders explained, noting that GIGCO will also be recruiting music industry insiders.

“There are promoters, agents, and music management professionals who are as compelled to disrupt the gatekeepers as we are. These will be joining our Artist Liason team throughout the year,” they said.

“Non-Fungible Songs is the product that excites our community the most. Artists, fans, and the investor community are all hyped about this. We have restructured our roadmap to give this priority,”  said Frank.

By minting songs as NFTs, or as GIGCO calls them NFS (non-fungible songs), the project came up with a solution that introduces a form of shared ownership of music and royalties–split between artist and fans.

“The incorporation of our own GIG token into the platform serves to greatly benefit the GIGCO community. The token allows users to transfer value throughout the platform without accruing large fees so we can always offer the lowest price for our services,” according to the co-founders.

The token also allows fans to connect with and support their favorite artists directly through profile staking, NFS sales, and the GIG-tipping function.

GIGCO users attending events will be able to use the tipping function and send GIG if they were impressed with either the artist or the venue.

190 million GIG tokens have been minted on the Solana blockchain and their distribution is structured to reward early adopters of the platform.

GIGCO recently announced a new date for its public IDO token sale, ​​which will be hosted through Solana’s first decentralized developer ecosystem–SolRazr launchpad on June 24.

Is that a new public #IDO date I see in there #GIGCOfam? 🚀 #Solana 🚀https://t.co/1sBql8bKRZ

With the return of live music in mind, the project announced the launch of the GIGCO app, which will hit the app stores this month.

Finally, in May and June GIGCO will be visiting four UK cities–Newcastle, Leeds, Manchester, and Bristol–hosting events in various locations, from world-famous venues to pop-up stages, and demonstrating the versatility of the app.

Disclaimer: CryptoSlate holds a financial position in Gigco and was given the opportunity to participate in the presale of this project in exchange for news, analysis, and other types of coverage. CryptoSlate was NOT paid to publish this article.